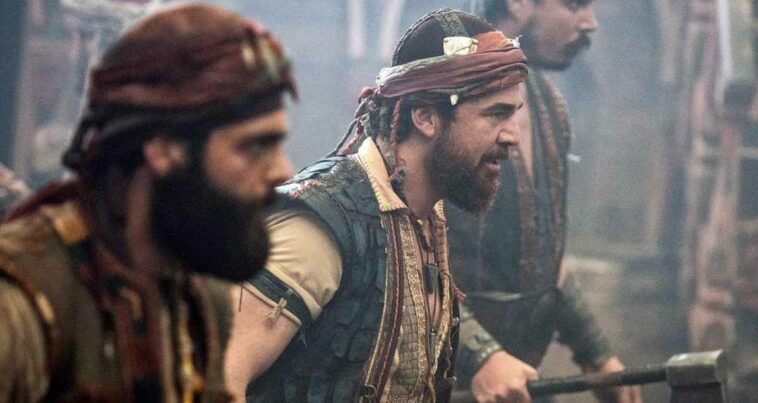 The first promotional trailer for the historical series Barbaroslar has been released. Engin Altan Düzyatan and Ulaş Tuna Astepe take the lead roles in TRT ‘s new adventure, which will focus on the characters of Barbaros Hayrettin Pasha and Oruç Reis .

Previously Resurrection Ertugrul out in front of the audience with an array of tastes and acclaim Engin Altan Düzyatan , again preparing to come to the screen with an historic series. Barbaroslar , whose preparations have been going on for a long time and prepared for TRT , will be about the adventures of Barbaros Hayrettin Pasha, one of the most famous sailors of the Ottoman Empire, and his brother Oruç Reis .

Also known as Hızır Reis, Barbarossa helped strengthen the Ottoman period with his successes in the Mediterranean. His elder brother Oruç Reis, on the other hand, provided important assistance to his brother during his conquests with his vast knowledge of maps and quick wit.

At the moment, it is not known which period of the series Barbaros and his older brother Oruç Reis will pee or whether it will continue on the axis of only one event. Finally, after some behind-the-scenes footage, the first trailer has arrived.

TRT 1 YouTube channel “The story of our heroes who turned the Mediterranean into a Turkish lake… Wait…We are on #TRT1 soon.” You can watch the first promotional trailer announced with the sentence below.

In the 26-second short trailer released, we see Engin Altan Düzyatan in the role of Barbaros and around a battle scene. Barbaros, who is in the middle of a war scene with burning ships, remained calm despite all the chaos and shouted “Wait” to his soldiers.

Unlike other TV series, the series also includes a cinematographer who has worked in international productions. Maher Maleh , who worked in Black Sails, Vikings and Homeland series , appears as the cinematographer of Barbaroslar.

The series, whose release date has not been announced for now, managed to attract attention once again with its first trailer. The construction is expected to start on TRT 1 in July.