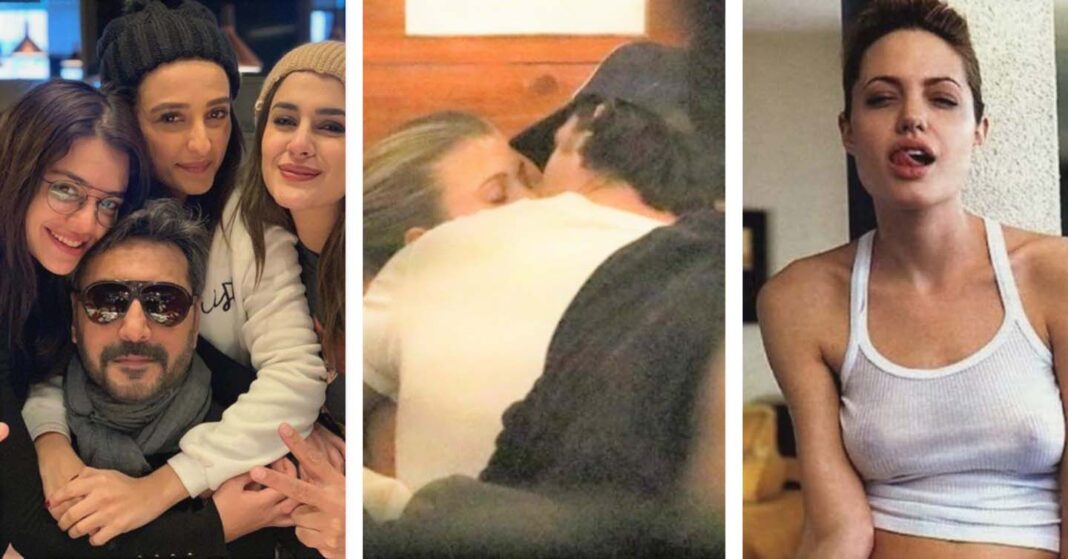 Well, some actors in Pakistan’s entertainment industry purposefully skip meals in order to provide room for newbies. They presumably appear in every other project, and people are sick of seeing the same thing over and over. The top three on the list are Adnan Siddiqui, Faysal Qureshi, and Humayun Saeed. They are without a doubt highly skilled, but they should also give others opportunities in this regard. Young people look up to these seniors, but what if they encourage vulgarity and cut down on conversation?

Adnan Siddiqui recently got into trouble for fulfilling his desire to act in a kissing scene with none other than Angelina Jolie. Adnan did, in fact, star alongside Angelina Jolie in the 2007 film A Mighty Heart.

As he recently revealed something so repulsive in an interview, it appears that the images and recollections from that movie are still lingering in his memory.

In an interview, it was revealed that Adnan Siddiqui appealed with Angelina Jolie’s husband Brad Pitt for permission to have a kissing sequence with the actress. He was actually exaggerating his interactions with her while presenting as though he had accomplished something remarkable. Like usual, trolls on social media are prepared to ridicule him and his absurd ambition.

People are criticising him in the comments area, saying that his feelings of pride and attachment to this memories are not anything to be proud of at all. People are advising me to move on and forget about Angelina Jolie’s subject.

What do you believe? Please feel free to leave comments in the space provided below. Thanks!