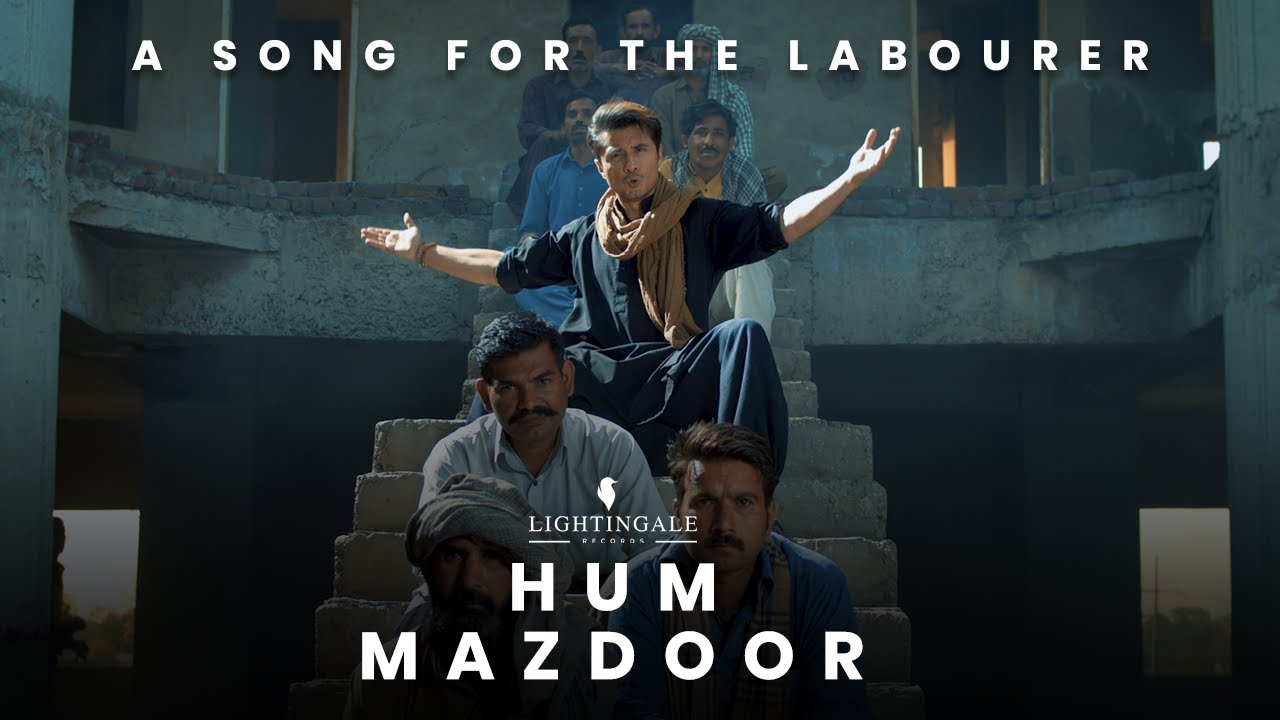 He Shared the song on his Instagram handle with caption of “Hum Mazdoor| A tribute to labourer”.

He also mentioned ” The song is a tribute to the hard-working labors who work with full of dedication and passion. They are the dedicated community of our country. who despite the living and economic condition of their living. They serve the beloved country.

Sharing the video with his fans, The “Teefa In Trouble” actor Ali Zafar paid a heartfelt tribute to the laborers.

“Hum Mazdoor | A tribute to the labourer.” He went on to say, “This Labour Day we pay tribute to the hard work, dedication and indomitable spirit of our labour workforce who are facing extreme economic hardships during the coronavirus pandemic.”

“As we celebrate the labor That built up this great land From field to field, desk to desk, and hand in hand we must not forget the role of women whose struggle against odds is a source of inspiration for all.” he added.

The song is written and composed by Rehman Faris, and music by Hassan Badshah, while the music video is directed by Ahsan Asghar.

He started a career as a singer. His first song is “Channo Ki Ankh Me Ek Nasha Hai”. After that his song got viral on everywhere even across the border, He pursuing his career as a singer. After his struggling period and see his struggle, Passion, Dedication with their work, He decided to go one step forward and move into debut film as a actor.

He debut film was “Tere Bin Laden” in 2010 Bollywood. He also works as a lot of projects in film like “Chashme Baddur” “Mere Brother ki Dulhan”. Ali Zafar done alot of projects inside and outside of Pakistan.

His self directed and produced movie ” Teefa In Trouble” and its gone viral across the border. This movie broke massives and previous records in Pakistan film Industry.

He also doing charity work as well. He owns his foundation “Ali Zafar Foundation” for the sake of poor and needy peoples in Pakistan.