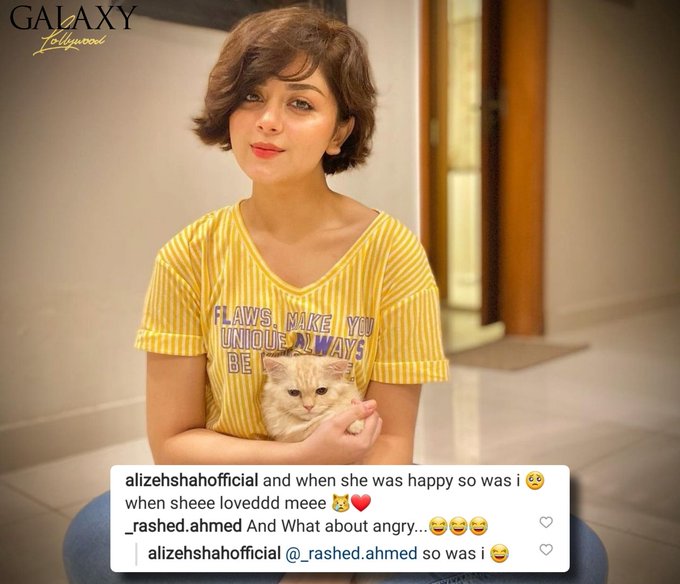 Fortunately, she’s here for a good reason this time. Today, we’re not going to discuss her controversies. But rather her adorable kitty. Alizeh Shah has shared some stunning photos on her social media accounts. Her photos with her adorable kitty drew a lot of attention. This amazing young lady was caught wearing the same crazy colours as her cat.

In a lovely natty and comfortable white and brown sweatshirt combined with nicely embroidered denim. She looked so fresh and dazzling. Alizeh was stunning as always, and her wonderful large eyes compelled us to stare at her. She frequently posts photos of her cat on social media.

Alizeh Shah's mood changes according to the many moods of her cat and isn't that all of us around our furry friends 🥰♥️ pic.twitter.com/G73QehRVLc

Alizeh Shah is without a doubt a fashion icon. At such a young age, she has achieved incredible achievement. Alizeh has always been an introvert, and her relationship with her producers and directors has been a point of contention. Yasir Nawaz’s remarks against Alizeh Shah caused her to strike out at him. She is regarded as the most obnoxious celebrity.

So, do you believe Alizeh is rude to her seniors, guys? Your valuable input is always admired. Thank you for taking the time to read this article.