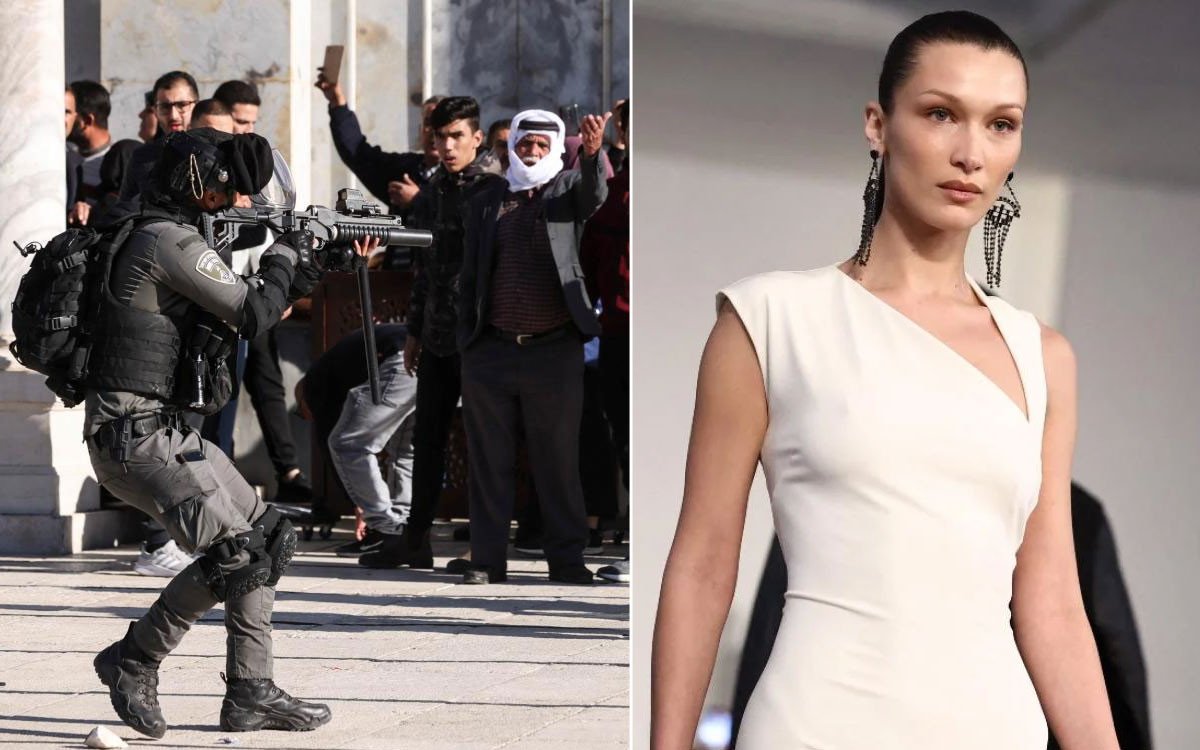 Bella Hadid, a Palestinian-American supermodel, revealed on Saturday how Instagram censored her posts on the raid on Jerusalem’s Al-Aqsa mosque. Bella Hadid claims that Instagram has blocked her from posting about the Al Aqsa raid

“My Instagram has disabled me from posting on my story – pretty much only when it is Palestine based I’m going to assume,” Hadid wrote on her Instagram story. “When I post about Palestine I get immediately shadowbanned and almost 1 million less of you see my stories and posts.”

“Won’t allow me to repost…for 2 hours now,” Hadid captioned a screenshot of what appeared to be an effort to re-post a video of an Israeli cop abusing an elderly Palestinian man, which she captioned with a sobbing emoji.

She shared a video that purported to show the Israeli army near Jerusalem’s Al-Aqsa mosque. “I’m going to post this video right after,” Hadid wrote. “Let us remember that this land contains some of the world’s holiest soil. The place where Jesus was born. Every religion has a spot to call home in this city. To say a prayer. exist. To be alive. (As you can see, it’s not very safe.) Mosques, synagogues, and churches abound. ” She added, “But to do this to only one group, during prayer on the holy month of Ramadan is just truly sick in the head.”

‘The only ones that aren’t uploading. Hadid added in a second frame, referring to a pair of postings she’d been ‘trying to re-post from Eye On Palestine all day. It about which she’d written ‘extensive notes.’ Despite her efforts. The supermodel shared many frames of posts that did not appear to have been uploaded to her Instagram Stories.

In the first clash in the area since Ramazan began. Israeli police entered the Al-Aqsa mosque compound on Friday, leaving at least 20 people injured, according to doctors. According to Al Jazeera, the Islamic endowment that oversees the site said Israeli police arrived at the mosque before daybreak on Friday. Thousands of worshippers gathered for early morning prayers.