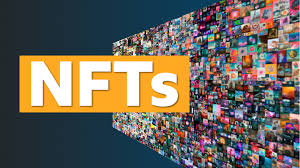 With digital investment on the rise, NFTs have gained immense popularity with their unique art styles. Many of them have been bought for exorbitant prices and are value for much more. Here are some of the most expensive NFTs sold yet. Five of the most valuable NFT’s ever sold.

Did you know five of the top 35 most expensive #NFTs ever sold were @XCOPYART? Did you wonder why?

This piece, which is value at $5.59 million, is part of a series of 24 ape punks. This piece with the knitted hat and gold chain has enlisted as one of the rare and unique NFT art. This item has already purchased and is not available for resale at this time.

Five of the most valuable NFT’s ever sold

Mike Winkelmann, an NFT artist, designed this piece, which sold for $6 million at Nifty Gateway. The piece, which depicts a tree on top of freight containers in the middle of the ocean, attempts to raise awareness about climate change. Justin Sunwon, the founder and CEO of Tron Foundation, won the auction for the artwork. The money donated to the Open Earth Foundation, a non-profit organisation dedicated to mitigating the effects of climate change.

On the left is a CryptoPunk that sold for $7.67m.
On the right is Beeple’s Ocean Front, sold for $6m.

I can conceive of the one on the right selling for $6m. How the ugly alien on the left could go for $7.67m is a mystery to me.
If anyone can change my mind, I’m all ears!#nft pic.twitter.com/uCFZ3XkPx6

This pieceThis artwork sold in February 2021 and for a long time was one of the most digital NFT artworks. The artwork was inspire by the US elections, and depicts a defeated Donald Trump lying in the background following the 2020 election results. If he had won, he would have seen wearing a crown. Within four months of its purchase, the item was sold for $6.6 million, a tenfold increase in value.

This costume was identical to the others, except it included sunglasses, a cap, and a pipe. Dylan Field, the CEO of Figma, sold the NFT for $7.56 million. The pipe distinguishes this item, which was auctioned in March 2021.

Tell me I’m not the only one who sees this.
Sherlock Holmes 2077
Check out this artwork by @ryder_ripps on @withFND! 🌐#NFTCommunity #NFTs #digitalart #foundationinvites #Foundation https://t.co/sDyKqX99O1

After being built by Mike Winkelmann and sold at Christie’s, Everydays became the most expensive NFT ever sold for $69.3 million. The painting is a composite of 5,000 of Beeple’s previous artworks that he created every day for the last 5,000 days. Artist Tom Judd inspired Mike Winkelmann, who started the project in 2007.

An NFT market’s already won the hearts of many connoisseurs of real art.But do you know what’s the most expensive NFT ever sold?
1. CryptoPunk #7523
2. Save Thousands of Lives
3. EVERYDAYS: THE FIRST 5000 DAYS
Share your take in the comments below👇Let’s define real NFT experts😉 pic.twitter.com/TT0Ff3j9bn