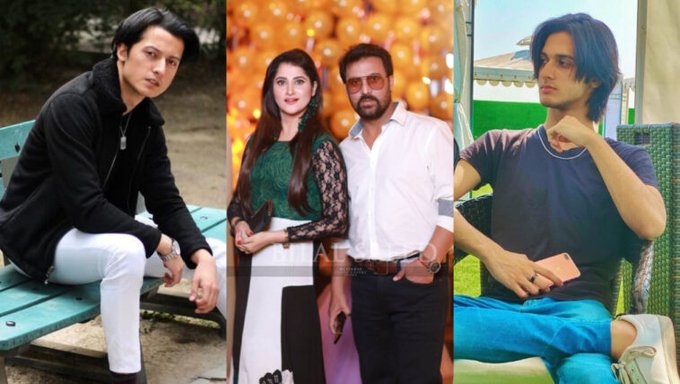 Some celebrity couples are truly inspirational, and their love stories are no less. So They’ve been together for a long time. And their blossoming love is quite beautiful. Sahiba and Rambo are one of those well-known couples. Who have always been able to captivate hearts with their enthralling and inspiring looks.

They’ve both been seen making stunning appearances at various occasions. But they’ve always attempted to keep their children away from the media and the spotlight. Recently, the mesmerizingly beautiful Sahiba has posted a plethora of gorgeous photos of her grown sons. They are both extremely attractive and charming hunks, much like their father. Sahiba is introducing her sons for the first time.

Sahiba And Rambo Introduce Their Sons On Instagram The famous Lollywood stars Sahiba and Jan Rambo shared the pictures of their children for the first time on their social media accounts. Although both of the kids were already on Insta living their own life,…… pic.twitter.com/jAgTsJkJQj

Rambo’s real name is Afzal Khan, and he rose to fame after his first appearance in the historical drama Guest House. Since then, he’s been known by his character name Jan Rambo. People still remember him for his most famous part. And his iconic character has a special place in their hearts. His fantastic sense of humour constantly makes others want to spend time with him. Wherever they go, Sahiba and Rambo always steal the show.

Ahsan Khan and Zain Khan, both sons, have a striking resemblance to their father. Rambo Khan posted a lovely caption with his son’s photographs. “Like father, like son,” he wrote. It’s always wonderful to see your children grow up, Sahiba remarked, and it’s truly a blessing.

They were the most well-known and established actors in the past, and Jan Rambo’s comedic abilities remain unrivalled.

We’re smitten with these dashing hunks. What are your thoughts on the matter? Please contact us using the form below.