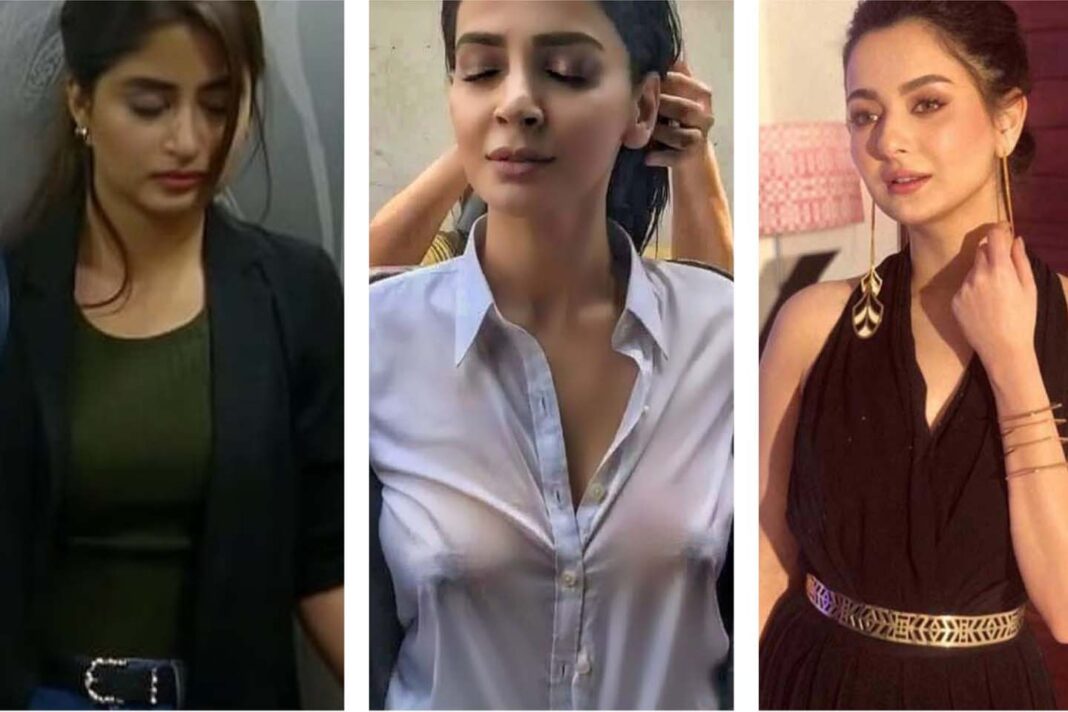 Every year, Google, the world’s most popular search engine, publishes a list of the most searched persons on the planet. Every information from all over the world, including Asia and Pakistan, is included in the list. In descending order, here is a list of the top 10 most searched and loved ladies for the month.

Sana Javed is a well-known actress and model who has gained notoriety in recent films such as “Shehr-e-zaat,” “Khaani,” “Ruswai,” and “Dunk.” According to a collection of Google lists, she is the tenth most searched actress. She was born in Jeddah, Saudi Arabia, and shares some ethnicity with the city. She is married to Umair Jaswal, a talented singer in his own right.Sana Javed has been searched on Google for “89,000” times in the last month. Sana Javed believes that fresh up-and-coming talent should learn from television because it might be the best educator for them.

Hira Mani is another outstanding performer in Pakistan’s entertainment business. She is the ninth most sought-after actress. She is married to Salman (Mani) and was well-known before she began her acting career. People were taken aback by her attractiveness and enthralling appearance. She starred in a number of blockbuster dramas and was known for her superb performance. She was cast in the part of Kashf, which catapulted her to stardom. Every month, 93,900 people look for her. She is more well-known than Sana Javed.

Sajal Aly is a stunning woman who should be admired and held in high regard by the entertainment business. She has appeared in a number of dramas, the most popular of which being “Sinf-e-Aahan.” This diva searched 114,000 times every month due to her marital and divorce issues. When we compare that to the other two most sought ladies, it’s a massive number. She also performs the song “Rangreza” for the drama’s OST. She is at her most beautiful in the current day, and she is very lovely.

”
Aiman Khan is a Pakistani actress who is really attractive and decent. She is extremely active on social media, posting gorgeous photos from various trips and events.
Her audience also likes her because of her adorable little daughter Amal Muneeb. In a month, she is searched for 121,000 times on Google. Aiman Khan’s 7 million Instagram followers performed an excellent job of looking for her name for various causes.

Saba Qamar, the most successful actress in Pakistani showbiz, has arrived. She is a superb young actress who consistently portrays her character in a refined and serious manner. Her beauty and appearances in various photo sessions and performances in films and dramas have wowed the public. She is more frequently sought than Aiman Khan, with up to 122,000 hikes every month. She is brave enough to face the criticism that has made other actors miserable.

Hania Aamir is a lovely little girl who has won awards in the Pakistani showbiz industry. She has a really innocent appearance, and her amazing performance has made the audience adore her. Her most well-known on-air drama presently is “Meray Hamsafar,” in which she plays Hala. Because of her exceptional performance, Beautiful Hala is searched more than Aiman, with over 128,000 searches every month. She is a brand ambassador for a number of clothing brands.

Ayeza Khan, the fourth most searched actress in Pakistani showbiz, is the lovely wife of Danish Taimoor and the loving mother of two lovely children, Hoorain and Rayyan. She rose to stardom after receiving the Hum Style Award for Best Leading Actress for her role in the hit thriller “Pyary Afzal.” Ayeza Khan had 148,000 searches, which is significantly more than Hania Aamir. Ayeza has become a devoted member of the Pakistani entertainment business as a result of her outstanding performance, despite having a difficult routine with children.

Alizeh Shah is an innocent-looking actress whose fashions have often drawn criticism, which may explain why she searches for 180,000 pins per month. The figure is enormous and cannot be overlooked. She rose to prominence after appearing in the top-rated drama “Sinf-e-Aahan.” Alizeh’s four million Instagram followers looked for her hobbies, placing her in the top three most sought girls in a single month.

She’s a jovial and charming actor. Iqra Aziz has become Pakistan’s second-most-searched actress. She is always concerned about the feelings of her loved ones, whether they are in her personal life or in the public front. Yasir proposed to her during the Hum TV Awards, and her wedding to Yasir was cruelly mocked. She has appeared in a number of popular dramas. She has searched a total of 189,000 times.

Here comes the diva of Pakistani showbiz and the most Googled actress in the country. Yes! She is deserving of it. Her spectacular performance and kind demeanour are praised by the crowd, and she is well-known by everyone from young to old. Her upcoming film “Quaid-e-Azam Zindabad” is also causing a lot of buzz.