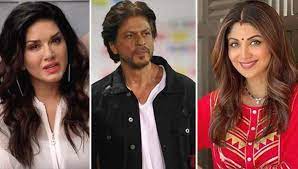 Surrogacy is becoming a popular way for Bollywood celebrities to become parents. Priyanka Chopra, a Bollywood diva, just welcomed a baby daughter via surrogacy. She announced the birth of her child on her social media accounts. Surrogacy has been used by numerous Bollywood celebrities in the past. This article will provide you with more information about surrogacy and the celebrities that have opted for this treatment.

Surrogacy is the procedure of creating an embryo in a laboratory using the egg and sperm of the parents. Then it’s injected into the uterus of another woman who has voluntarily agreed to give birth to their child. This happens to this woman for the next nine months. It’s worth noting that the kid is genetically his parents’ child. And the woman plays the role of the carrier who carries their child till birth. Many parents choose this surgery because they have hormonal difficulties. Or other circumstances that prevent them from giving birth naturally.

The following is a list of Bollywood celebrities who have became parents through surrogacy.

In 2013, Shahrukh Khan and Gauri Khan welcomed their son Abraham into the world via surrogacy. This couple already had two children but decided to have their third child through surrogacy.

In 2011, Amir Khan and Kiran Khan chose to conceive a child through surrogacy. Azad Rao, the couple’s son, was born to them. Surrogacy is becoming increasingly popular. And couples are sometimes chastised for their decisions.

Tushar Kapoor, a well-known Indian actor, is one of the celebrities who has chosen surrogacy. Lakshiya, Tushar Kapoor’s son, was born in 2016.

In 2019, Ekta Kapoor gave birth to her first child. Tushar Kapoor. And Ekta Kapoor are both unmarried and have chosen surrogacy over marriage.

Sunny Leone gave birth to twin sons via surrogacy in 2018. She is also the mother of an adoptive daughter.

Karan Johar is a well-known Bollywood filmmaker who has directed a number of popular films. Through the normal process, he has one daughter and one son.

Shilpa Shetty has a son and recently gave birth to a daughter through a surrogate mother. She was roundly chastised for her decision. And she later said that she had certain health difficulties that prompted the pair to go ahead with it. Her children are adorable, and she continues to share beautiful family photos.

In November of last year, Pretty Zinta gave birth to a baby girl via surrogacy. All of this data indicates that these stars are strongly in favour of the treatment. Some people choose surrogacy to address health difficulties. While others may have someone willing to take advantage of the situation. This procedure includes certain difficult and required medical stage. That can be completed in any circumstance. We hope this article accomplished its goal.

Did you find this article to be useful? Please share your thoughts in the comments box below. Thanks!