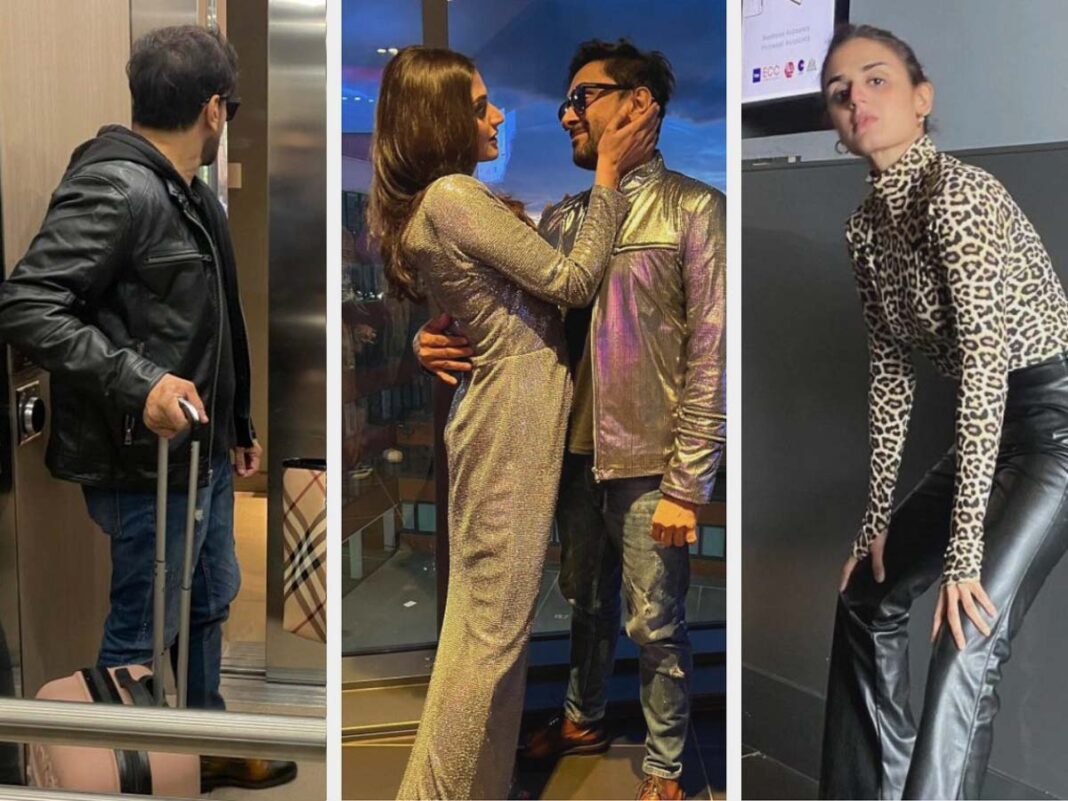 Hira Mani is spending time in Manchester with her husband Mani, and she’s making the most of it. Her photo gallery is quickly filling up with hundreds of images, and this stunning diva is making sure to share some of the best and most engaging images with her fans. Hira Mani is frequently mocked for her fashion choices, and netizens frequently believe her style to be outdated.
This risk-taker appeared on Nida Yasir’s show wearing a Nike blouse and openly revealed that she wore it because her shirt was not fitting properly. Her similar appearance was heavily trolled. Whatever the case may be, her followers like her just the way she is.

Hira is a genuine individual who cannot be faked.
Her recent clicks from Manchester are sweeping the internet, and admirers can’t get enough of her. Hira looks very stunning in a silvery, gleaming sequence gown. Her toned form and gorgeous hair give her the appearance of a wonderful doll. Mani has always been a huge fan of hers. Mani has put in a lot of effort into his appearance, and in these photos, he appears much smarter and debonair than usual.
Hira is absolutely stunning, and there’s no way you can overlook her captivating appearance.

No one would think that the Ye Na Thi Hamari Qismat actress is a mother of two grown-up boys because she looks like a girl in her twenties.
Do you have anything more to say about the story? Please share your thoughts in the comments box below. Thanks!