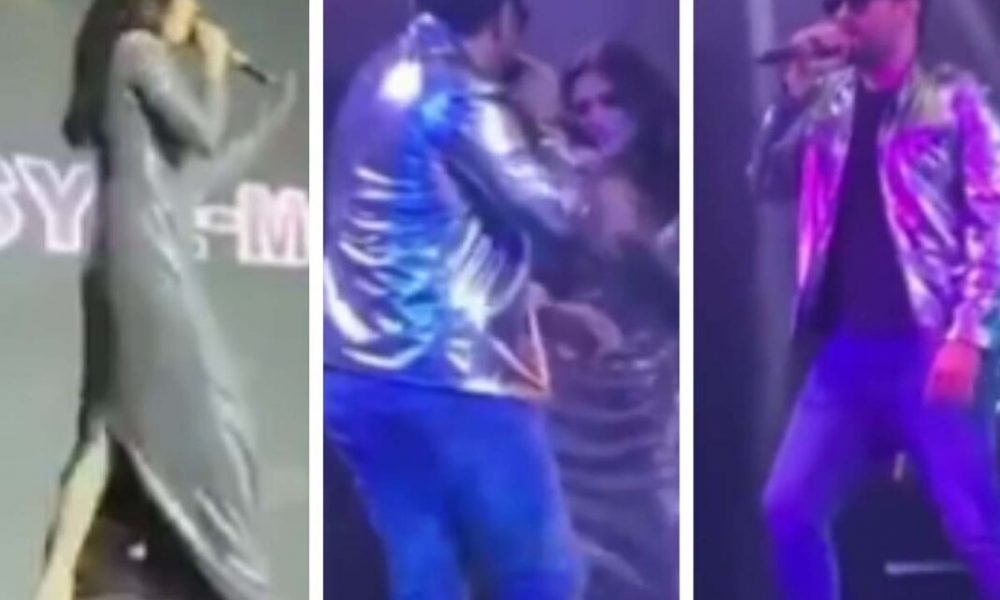 We usually laud Hira Mani for her amazing work, and her performances never fail to win hearts, yet she isn’t a jack of all trades. She believes she can do anything in the world, including singing, acting, modelling, dancing, and many other things. She should realise that while she is the best actor, her followers are not necessarily interested in her in other genres.
As a result, we’re going to show you a video of Hira Mani performing at a concert in London. Hira, who is incredibly gifted, is shown sporting a lovely shimmery silver dress with her distinctive red lipstick. She was all set to light the stage on fire, but her performance fell flat with the audience.

People started ridiculing her for trying her hand at singing after this video went popular on social media.
People believe she is attempting poorly to imitate Nazia Hassan. Her exuberant performance did not go down well with the audience, and she is currently being mocked for her simultaneous dance and singing performance. Here are some of the more fascinating comments, and we hope you agree with the general consensus. In the comments area, someone further stated that people with no talent are becoming enormous personalities.
Hira Mani has dabbled in every industry, and her admirers adore her, but this video has left everyone guessing about what she really wants.

She is a fantastic actor who should pursue her passion.
How do you feel about this article? Please let us know what you think. Thanks!