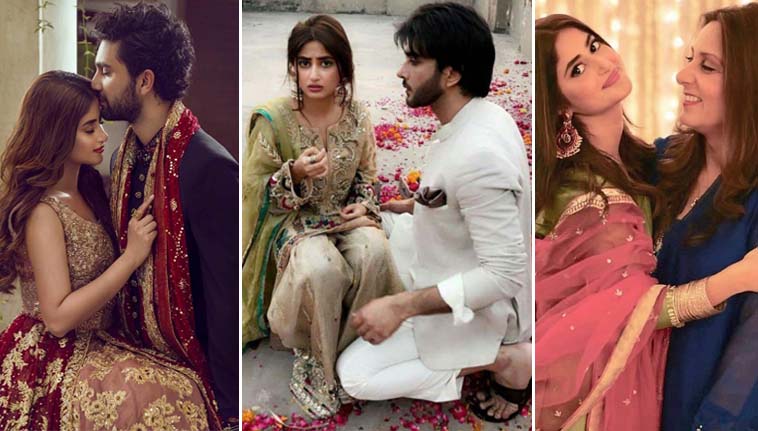 Since the release of Sajal Aly’s film Khel Khel Mein, there have been reports. And suspicions that they are having personal problems. Which has led to the couple’s separation. Sajal Aly was even asked about Ahad Raza Mir’s absence at a promotional event. To which she replied that he is busy with his business and is not in Pakistan.

However, alas! Netizens were unsatisfied with her response. And worked hard to validate the report. None of them have confirmed or even refuted the news. The wedding of Saboor Aly, which began with Mayun festivities. Also generated suspicions about Sajal’s relationship status with Ahad. It’s a dead end conversation on social media about where Ahad is. And why they haven’t been seen together in a long time.

But now, at long last, someone has stepped forward to save Sajal Aly and speak on her behalf. A question about Sajal and Ahad’s breakup was recently sent to Imran Abbas. Imran Abbas simply responded to the Netizens in the most appropriate manner. Do you guys know why don’t you guys mind your own business? he wrote. How much interest you guys have in other people’s life. How much attention you pay to other people’s personal difficulties If you become that focused on yourself. It will undoubtedly create a positive difference in your life.

In another post, the actor claimed that Sajal Aly is a girl with a golden heart. And that after his mother died, Sajal was so sweet to stay with him. And help him feel at ease after that awful loss.

Do you believe that Sajal Aly’s personal troubles are being dragged? These superstars are entitled to their own personal space as well. Send us a message in the comments area. Thanks!