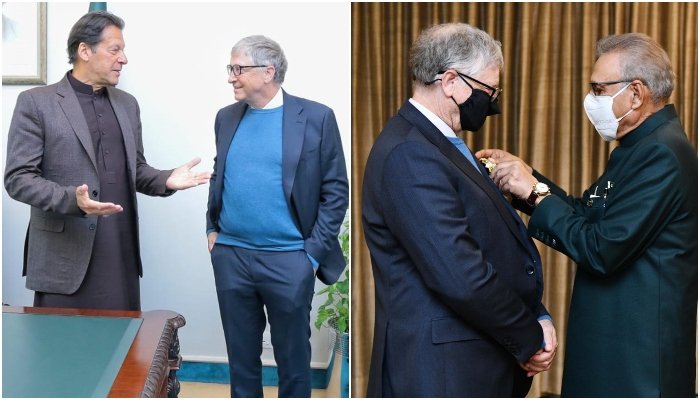 Gates, who is visiting Pakistan for a day, landed early morning and held meetings with senior government officials, including a one-on-one meeting with Prime Minister Imran Khan, a statement from the PM Office said.

The philanthropist attended a meeting of the National Task Force on Polio Eradication, where he noted that despite COVID-19 restrictions, Pakistan has performed “amazingly” in eradicating polio.

Gates thanked the prime minister for inviting him and extending warm hospitality on his first-ever visit. He appreciated the efforts of the Pakistani leadership, health workers, and parents for working tirelessly to ensure polio never paralyses a child again.

During the meeting, the prime minister thanked the Bill & Melinda Gates Foundation for its continued support and partnership with the Government of Pakistan for the eradication of the poliovirus.

Hosted @BillGates at the NCOC this morning. Shared with him the work which has been done for covid response in Pakistan and the role played by @OfficialNcoc. Thanked him for the support provided by the @gatesfoundation. He was appreciative of the covid response effort in Pakistan pic.twitter.com/pasYqnJ2gq

The prime minister underlined that the government is fully committed and determined to eliminate this debilitating disease from the country.

“Pakistan is providing full support to 40 million Afghan people in need of basic amenities,” the prime minister informed the philanthropist.