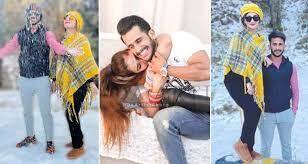 Due to his dismal performance in the T20 World Cup, Hasan Ali was under a lot of pressure. Some speculated that Hasan Ali’s catch in Australia’s semi-final match. Was the reason for Pakistan’s elimination from the World Cup final. People on social media slammed Hasan Ali so harshly. That he began concealing his face after losing the match. Following the conclusion of the World Cup.

Pakistan and Bangladesh began a series of ODIs, Test matches, and T20s. Hasan Ali was also named among the fast bowlers when Pakistan’s lineup for this series was determined. Hasan, on the other hand, practised all day and night after the World Cup to prepare for the series. Because he wanted to perform in front of Pakistani supporters once more.Hasan Ali once again earned the hearts of the audience by giving his best performances right as the series began. Hasan Ali married Indian girl Samiya Arzoo in 2021, which marked the beginning of his married life.

we’ll witness Hasan Ali, a famous Pakistani fast bowler. And his wife Samiya Arzoo enjoying snowfall in Pakistan’s northern areas. Without a doubt, Indian females are overjoyed to be Pakistan’s sister-in-law (Bhabhi). And they all claim to be well greeted by the locals. Let’s have a look at some photos of the fast bowler and his wife Samiya having fun in the snow.

Are you satisfied with Hasan Ali’s finest performance in the Bangladesh series now. After your terrible performance in the T20 World Cup? If that’s the case. You’ll undoubtedly express your thoughts in the comments area below. Thanks!