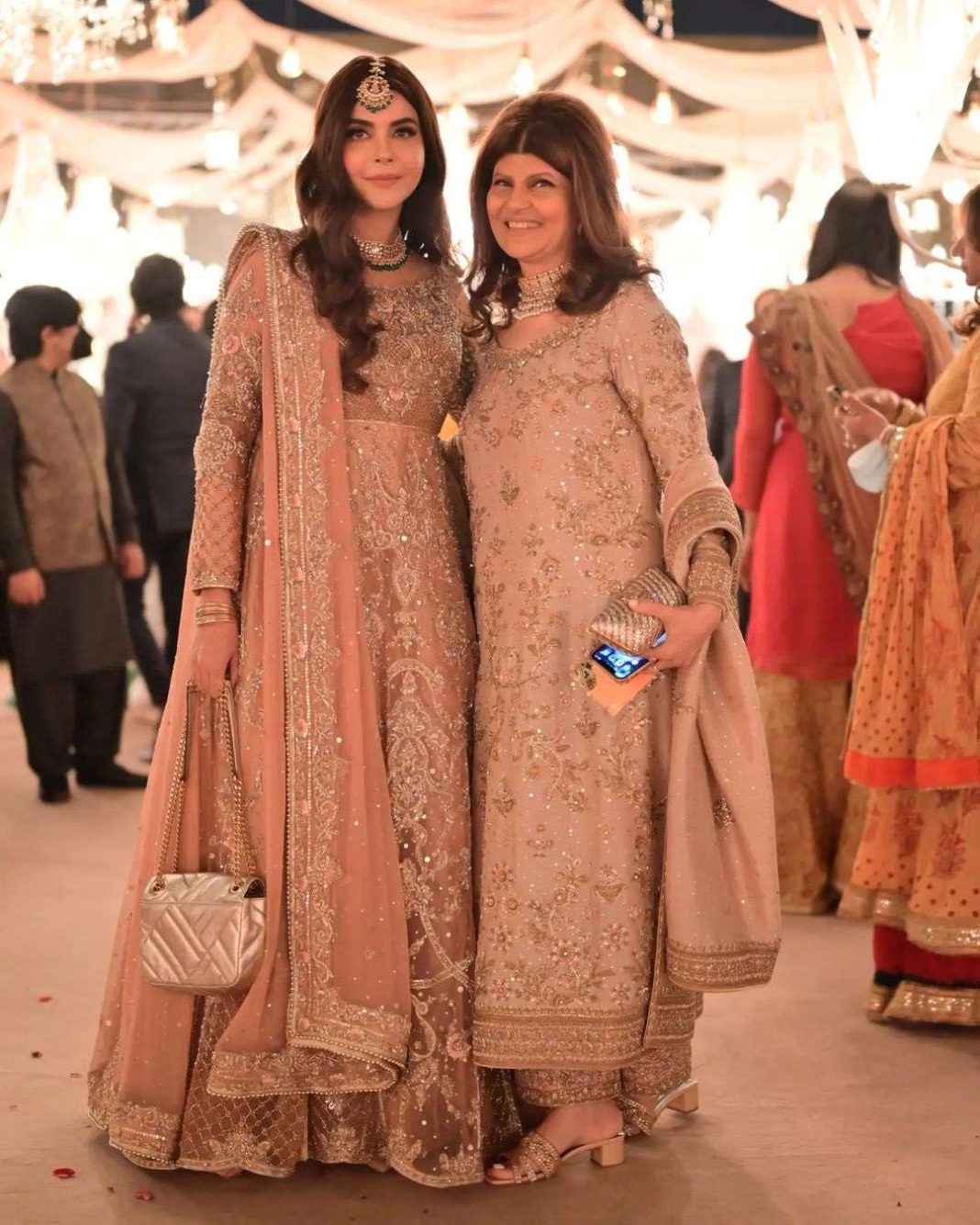 In reality, at Rubina Ashraf’s daughter’s wedding, Nida Yasir looks like a fairy

Nida Yasir is really busy these days, attending several wedding celebrations. She attended the weddings of numerous celebrities. Including Saboor Aly, Areeba Habib, Minna Tariq, and her own brother. With her whimsical appearance, this attractive lady has always managed to dazzle her admirers. She is stunning, and she is grooming herself more and more. Her younger appearance has wowed her followers. And we like this muse for her stunning and praise-worthy appearances.

Minna Tariq’s wedding photos have gone viral. And there’s no denying that she has pulled off such a beautiful. And dreamlike appearance in such a graceful manner. Nida Yasir, who is incredibly skilled, beautiful. And one of our favourites, has snatched all of the attention with her fresh and pleasant appearance, in our opinion.

Nida Yasir was dressed in a lovely, modest, and elegant tea pink ensemble that was very soothing to the eyes. Her awe-inspiring ensemble was adorned with all the beautiful gold work accents. Her stunning jewellery, which featured a lot of fashionable tika. Provided a lot of inspiration for this festive season. She was seen posing with a variety of celebrities. But her stunning beauty stood out above the rest. Other celebrities that attended included Saba Hameed, Waseem Abbas, Javed Sheikh, Momal Sheikh, Yasir Nawaz, and many others.

Nida Yasir was recently seen in a glammed-up avatar at her brother’s wedding ceremonies. Following which she put on a spectacular show for the married couple. The start of the new year has seen a slew of lavish and celebrity weddings.

How about you, did you found these fits to be truly amazing? Please share your thoughts in the comments area. Thanks!