Home » In response to Kylie Jenner’s story, Minal Khan’s manager spoke out in her defence 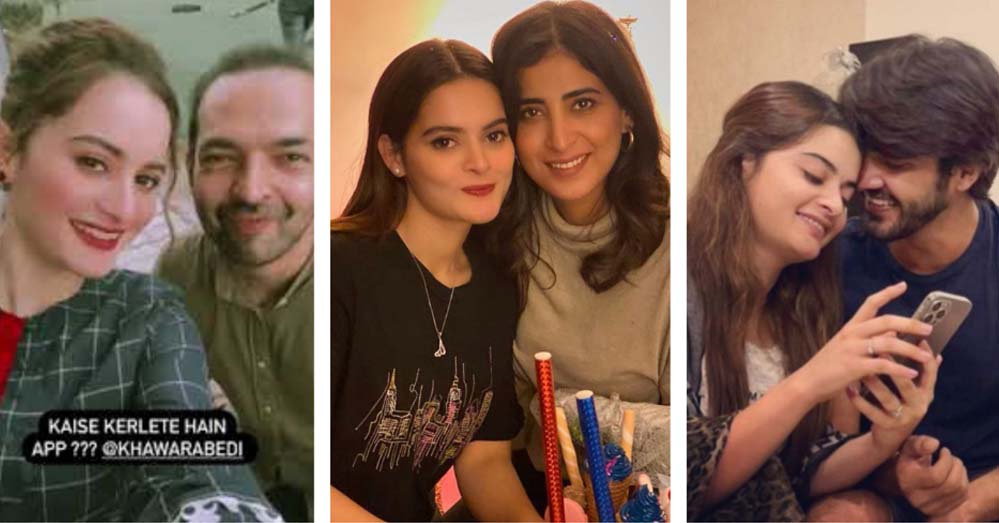 In response to Kylie Jenner’s story, Minal Khan’s manager spoke out in her defence

Because of her lovely appearance and intriguing hobbies, Minal Khan is a fashion icon in the entertainment sector. She enjoys visiting Pakistan and returning there, making as many memories as she can with her partner and family. Minal Khan married Ahsan Mohsin Ikram, a well-known figure in Pakistani showbiz, a year ago.

Aymen and Minal Khan are identical twins, and both of them are quite active on social media. Aymen was most recently seen in Nathia Gali Murree and Lahore. Both spouses are quite vivacious and enjoy spending time with one another and their family. Minal Khan recently shared a Kylie Jenner’s food tale on her own Instagram account. People became aware of it and began trolling. When people became aware of it, they began to mock Minal for taking another person’s narrative.

The manager of Minal Khan, Khawer Abidi, has now stepped up in the beauty queen’s support. He claims that following the passing of Dr. Aamir Liaquat Hussain, everyone was in mourning and encouraged trolling. In his own words, “We were all decrying online bullying and harassment just a few days ago, and today we are back at it.” He is right when he says so since this vicious trolling cost us a gem.

Kylie Kristen Jenner is an American social media personality, model, and business women. She usually shares the food that she made herself and her exercise routine on her social media account.

What do you say if it is good to steal someone’s story? Please share your views in the comment section given below. Thanks!