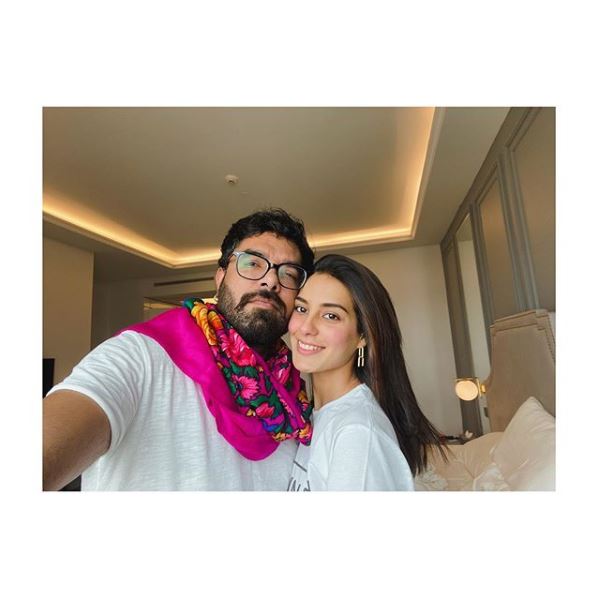 Iqra Aziz and Yasir Hussain are the most endearing and illustrious pair in Pakistani drama. The two were frequently seen together on various occasions. And their mesmerising appearance ensured that they won our hearts. It’s not an exaggeration to suggest that they were designed for each other. Both Iqra and Yasir have their own identities. And have worked hard to achieve the status they have now.

In our field, Iqra Aziz is the most well-known actor. Her role in the drama series Ranjha Ranjha Kardi brought her unprecedented popularity and acclaim. Her character has just won the hearts of millions. Imran Ashraf and Iqra Aziz’s beautiful on-screen pairing received a standing ovation from the audience. She is well-known for her roles in drama series. Such as Suno Chanda, Jhooti, Khuda Aur Mohabbat, Ranjha Ranjha Kardi, and others.

In a recent interview with BBC, Iqra Aziz spoke about her passion for film, her popularity and her relationship with husband Yasir Hussain.

On December 28, 2019, Iqra Aziz and Yasir Hussain held each other’s hands and swore to always be together. In July 2021, they welcomed their newborn child, Kabir Hussain. Yasir Hussain proposed to Iqra Aziz in front of a large crowd at the Lux Style Awards.

The lovely new mother recently took to Instagram to wish Yasir Hussain a very happy birthday. She posted an incredible video and wished Yasir a wonderful birthday. Expressing her desire to remain with him for thousands of years. We all congratulate this lovely pair and wish Yasir Hussain and his life partner Iqra Aziz a long and happy life together.

How do you feel about this article? Please feel free to add items to the list. Don’t forget to let us know what you think.