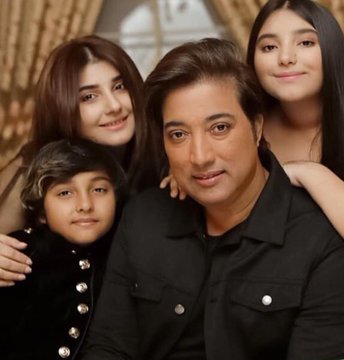 Javeria Saud excels as a host, model, producer, and actor. She is most known for playing Jameela in her productions’ drama series Yeh Zindagi Hai. Saud, Javeria Saud’s husband, owns JJ House, a production company. In 2006, Saud established his producing company. After taking a break from acting in 2001. Javeria Saud returned in 2006 with the drama series Khuda Aur Mohabbat. Which she co-produced with Babar Javed.

Javeria Saud has a YouTube channel, and her vlogs are quite entertaining. She used to broadcast a live sehar and iftar transmission from her house. For her YouTube account throughout Ramadan. She owns the most stunning home. And the location of her home exudes a sense of awe.

Daughter of Javeria Saud #JannatSaud has grown up ♥️ pic.twitter.com/DjhKULvMjl

Javeria Saud and her two children, Ibrahim and Jannat, are constantly on the move. She never fails to share breathtaking photos from her exotic travels. Javeria Saud was recently spotted in Dallas with her family on vacation. She sent some lovely photos from her lovely friend’s birthday celebrations. Javeria Saud looked stunning in her all-red gown ensemble. She is a refined lady with exceptional acting abilities.

Javeria Saud is frequently chastised for her children’s appearance. People started harassing her daughter and son after she published a photo of them with their hair colours. Javeria Saud hasn’t been seen in the entertainment world in a long time. In 1993, she began her career in the media as a Naat reciter. She made her acting debut in 1995 and has since acted in a variety of productions.