Home » Kubra Khan, she revealed she had a cancer scare 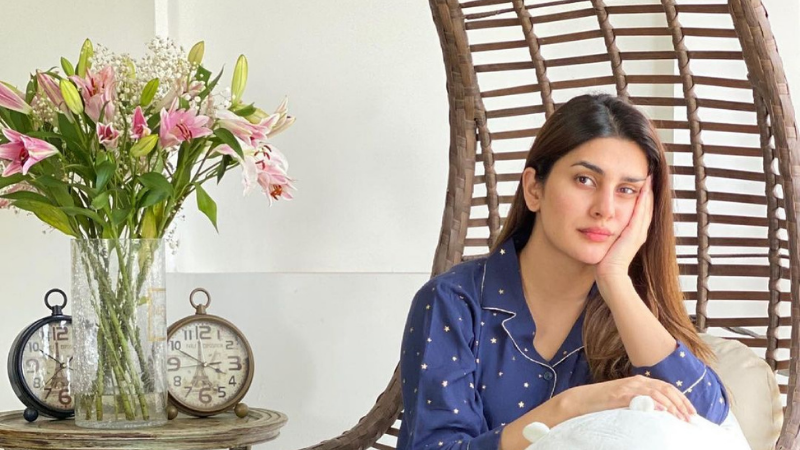 Kubra Khan, she revealed she had a cancer scare

We learn a lot about characters on television because we witness their lives unfold in front of our eyes. But we rarely get to see the person behind the actor’s mask. Kubra Khan, she revealed she had a cancer scare.

In a recent interview, Kubra Khan disclosed that she had a cancer scare earlier this year, which coincided with considerable weight gain. This resulted in her fat shamed online, shattering her self-esteem.

Kubra Khan got candid in a recent interview and revealed she’d had a cancer scare earlier this year that overlapped with some weight gain. This resulted in her being fat-shamed online, which in turn shattered her confidence.
Moore power to you @KubraMKhan
❤️♥️
Stop fat-shamed pic.twitter.com/syy5QngBO1

Khan spoke at length about her acting career in an interview with Something Haute. She explained what her life was like off camera. When talking about her character Mashal in Hum Kahan Ke Sachay Thay, revealing a cancer scare in January this year. She had surgery to remove a tumour that was discover before it became harmful.

Kubra Khan, she revealed she had a cancer scare

Kubra’s stated she gained weight due to emotional eating while filming Hum Kahan Ke Sachay Thay, and then had to cope with people questioning her worth and casting choice, labelling her ‘fat,’ unaware of what was going on behind closed doors.

”Always be kind. You never know what someone is going through,” says Kubra.
In a recent interview, Kubra Khan revealed she had a cancer scare earlier this year that overlapped with some weight gain.#bangboxonline #kubrakhan #cancer #scare #fat #shamedonline #breakingnews pic.twitter.com/A1wBUMDs3L

All of this, according to the Sang-e-Mar Mar performer, crushed her confidence. Made her feel as little as a speck of dust. Prompting her to disregard her doctor’s advice to avoid exercise and dieting during her post-op recovery phase.

The actor emphasise the importance of kindness and the importance of sharing experiences, citing the example of a woman who approach her and say her a storey “I’m still alive because Hum Kahan Ke Sachay Thay was release at the appropriate time, since Mashal’s life is the life I live every day. I feel that no matter what I attempt, it’s never good enough.”

Khan stated Mashal was more than just a bad figure, and that our audience had become more emotionally educated because they saw that behind the mask, Mashal was hurting. The whole point of the charades was to keep the small child inside safe.

She also mention how the stories in TV shows aren’t entirely made up; they’re based on true events. “This isn’t just acting; it’s making a difference in the lives of others. It was when I realised this that I fell in love. Even if it doesn’t make a difference, it will make someone happy.”

“People are able to talk about this because we made it normal to talk about it,” she said, referring to stories leaving screens and forming real-life narratives. She stated she’s gotten DMs from both men and women telling her how her roles have affected them.

She stated she stumbled into acting when others pushed her in that direction, and that it kept returning back to her despite her wandering from it. “Acting picked me, not the other way around,” she explained.

Khan also hinted at a significant bombshell in the Hum Kahan Ke Sachay Thay finale, which is approaching completion.