Home » Manzar Sehbai and Samina Ahmed, a lovely pair, made an appearance in GMP 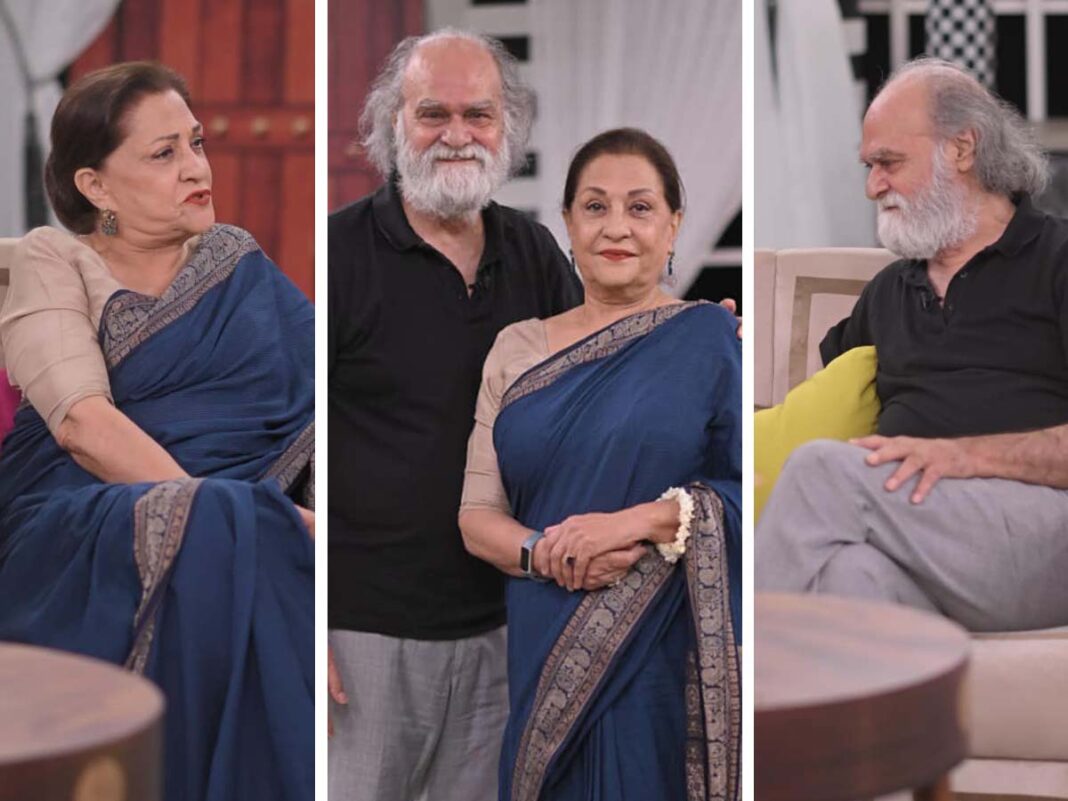 Manzar Sehbai and Samina Ahmed, a lovely pair, made an appearance in GMP

Manzar Sehbai is a Pakistani actor who has acted in a number of Lollywood films and television shows. Bol, Manzar Sehbai’s debut film, and the drama serial Alif are two of his most well-known works. Manzar Sehbai received numerous honours for the film Bol, in which he co-starred with Mahira Khan, Humaima Malik, Atif Aslam, and others. Alif is a well-known and wonderfully written drama by Umera Ahmed that is popular among internet users.

Samina Ahmed is a Pakistani actress, stage performer, director, and producer who has worked in films and television. The veteran actress has been in the business for over 50 years. The Pakistani government has also given her the Pride of Performance award. Suno Chanda, Family Front, Dolly Ki Ayegi Baraat, and more comedy-drama serials have made Samina renowned.

The evergreen couple has recently appeared in Shan-e-suhoor, GMP. The gorgeous duo is as charming as ever. They both believe that when it comes to weddings and love, there are no age restrictions. We completely agree and are swooning over this stunning duo.

Let us know what you think of this lovely couple in the comments section below. Thanks!