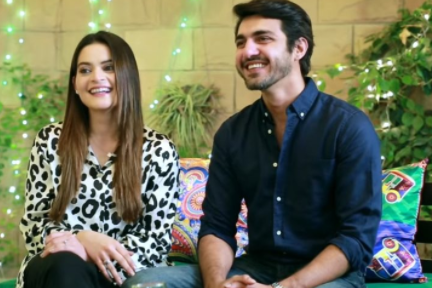 Minal Khan and Ahsan Mohsin Ikram are the town’s most talked-about couple. And they’ve been chastised for a variety of reasons. However, they’ve always maintained that the criticism or trolling didn’t bother them. And that those who don’t like them should stop following them. Their point of view is obvious. Their relationship drew trolls, and their honeymoon outfits sparked a slew of jokes about Minal Khan’s daring style.

The couple married in September and have been seen exploring several travel destinations since then. They recently entertained their admirers with lovely films and photos from Murree. Which were followed by a vacation to Turkey. This couple’s first anniversary was celebrated. We couldn’t help but like this pair as they spent the New Year in Turkey, and we couldn’t help but admire their love and chemistry.

Minal Khan confesses she married Ahsan Mohsin because ‘he is a wealthy guy’https://t.co/syO7Dbknsz pic.twitter.com/B9mX4rMcvG

Minal Khan and her spouse Ahsan Mohsin Ikram recently participated on the web show Voice Over Man. According to the show’s premise, Wajahat Rauf questioned Minal Khan about why she chose Ahsan as her life mate. On a lighter note, she responded that indeed. The rationale was the same as Google stated: he’s wealthy and steady. Then she quickly clarified that she was joking and that there was nothing like that. Ahsan and she have always felt at ease with each other. And their love is the reason for their friendship.

Voice Over Man also posed a number of intriguing questions. Making the presentation well worth watching. Minal Khan and Ahsan Mohsin Ikram both used their Instagram stories to share highlights from the show.

Do you have any further information to contribute to the storey? Please let us know what you think about having shows in the comments area below. Thanks!