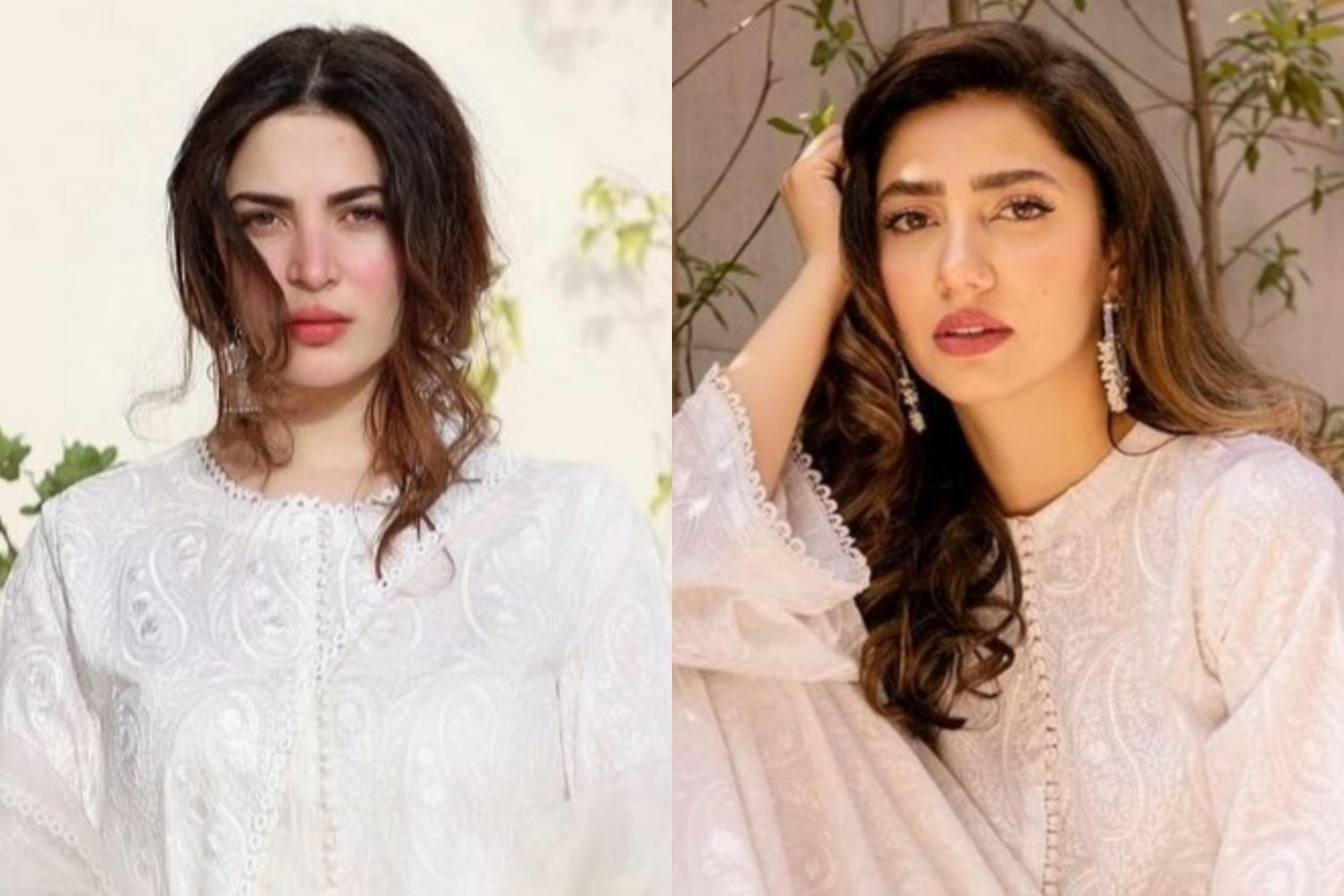 A traditional white shalwar-kameez suit with a matching dupatta is the epitome of elegance. This outfit is ideal for the searing April heat and is ideal for anyone. Who wants to seem put-together and attractive while staying cool. Naimal Khawar Khan and Mahira Khan are two professionals in the entertainment world who know how to use the power of classic cuts and colors. Both beauties, who are known for their old-world charm and subtle grace, know how to rock this kind of wardrobe staple. Naimal And Mahira Wore Sadaf Fawad Khan’s White Jora.

The two fashionistas recently walked out in the same Sadaf Fawad Khan white shalwar-kameez ensemble for their Instagram followers, posing for selfies in the sun. We can’t help but compare and contrast how they’ve fashioned the clothing, with minor tweaks allowing them to personalize it to their own preferences. If there’s one thing we can be certain of, it’s that they both performed an outstanding job!

Naimal went for a delicate look by wearing her hair in a loose braid with several strands framing her face. She finished off her look with a pair of silver jhumkis, with the sahaaray highlighting her braid.

With the earrings being her only item of jewelry, Naimal added a flash of red to her wrist with a rose gajra. The gajra added a splash of color to the outfit and complimented the white well. The former actress completed her ensemble with a pair of brown khussay with a crimson accent that matched her gajra.

Mahira, on the other hand, went for a more glamorous look. The Humsafar star parted her hair to the side and wore it down over her shoulders in polished waves. Mahira opted for silver accessories, opting for a pair of traditional baalis with white beaded accents.

She accessorized with a pair of black metal bracelets and silver paazeb on her ankles. Mahira chose white khussays with silver decorations for her shoes.

Mahira and Naimal both went for a natural look, avoiding hard lines and heavy colors. To match the classic attire, they donned pink on their lips and piled on the mascara for fluttery lashes.