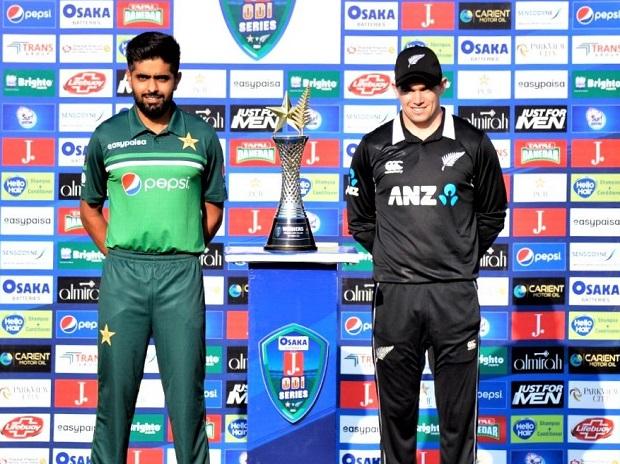 New Zealand cricket team has cancelled Pakistan tour, despite all security factor. Government of Pakistan has assured them regarding all security clearance.

The black caps had to play first ODI match today’s evening in Rawalpindi. Before moving to lahore for numbers of T20Is.

Earlier today, the New Zealand cricket board informed us that they had been alerted to some security alert and have unilaterally decided to postpone the series.

PCB and Govt of Pakistan made fool proof security arrangements for all visiting teams. 1/4

New Zealand team had arrived in Pakistan after 18 years after following the all security clearance and assured by govt and board of Pakistan.

In a statement, the Pakistan Cricket Board (PCB) says that the New Zealand Cricket informed the board that they had alerted to some security alert and has unilaterally decided to postpone the series.

The PCB stated that the board and the Pakistan government made foolproof security arrangements for all visiting teams and assured the Black Caps of the same.

The Prime minister of Pakistan Imran Khan spoke personally to New Zealand prime minister, and cleared her that “we have one of the best intelligence system in the world, that no security threat are exist for the visiting team.”

We have assured the NZ cricket board of the same. The Prime Minister spoke personally to the Prime Minister of New Zealand and informed her that we have one of the best Intelligence systems in the world and that no security threat of any kind exists for the visiting team.
2/4

New Zealand cricket board had satisfied with all the security arrangements made by the Pakistan govt, PCB added.

Cricket lovers in Pakistan, and around the world are very disappoint for the cancellation of series in very last few minutes. They are hoping for the best possible situation for the both sides.

New Zealand cricket board said that “It is not possible to allow our team to continue the tour.

“The BLACKCAPS are abandoning their tour of Pakistan following a New Zealand government security alert,” it said in a statement without elaborating further on the matter.

The Black Caps have abandoned the tour of Pakistan following a security alert from the New Zealand government.

“However, following an escalation in the New Zealand Government threat levels for Pakistan, and advice from NZC security advisors on the ground, it has decided the BLACKCAPS will not continue with the tour.”

The board stated that arrangements are now being made for the team’s departure.

Reportedly the black caps and the management refused to play because of some security alert but haven’t provided any solid grounds as of now. It is a major blow anyway. pic.twitter.com/Fa6u6HKCIa

Meanwhile, Prime Minister Jacinda Ardern has said that she totally supported New Zealand Cricket’s decision to pull out of its Pakistan tour as the safety of the players was paramount.

“When I spoke with the Prime Minister of Pakistan I conveyed our thanks for taking care of the New Zealand Cricket team,” Ardern said in a statement sent to Reuters.

Prime Minister Jacinda Ardern said on Friday that she totally supported New Zealand Cricket’s decision to pull out of its Pakistan tour as the safety of the players was paramount. https://t.co/BsTnqQGkKa

“I know how disappointing it will be for everyone that the game hasn’t gone ahead, but we totally support the decision that’s been made. Player safety has to be paramount.”