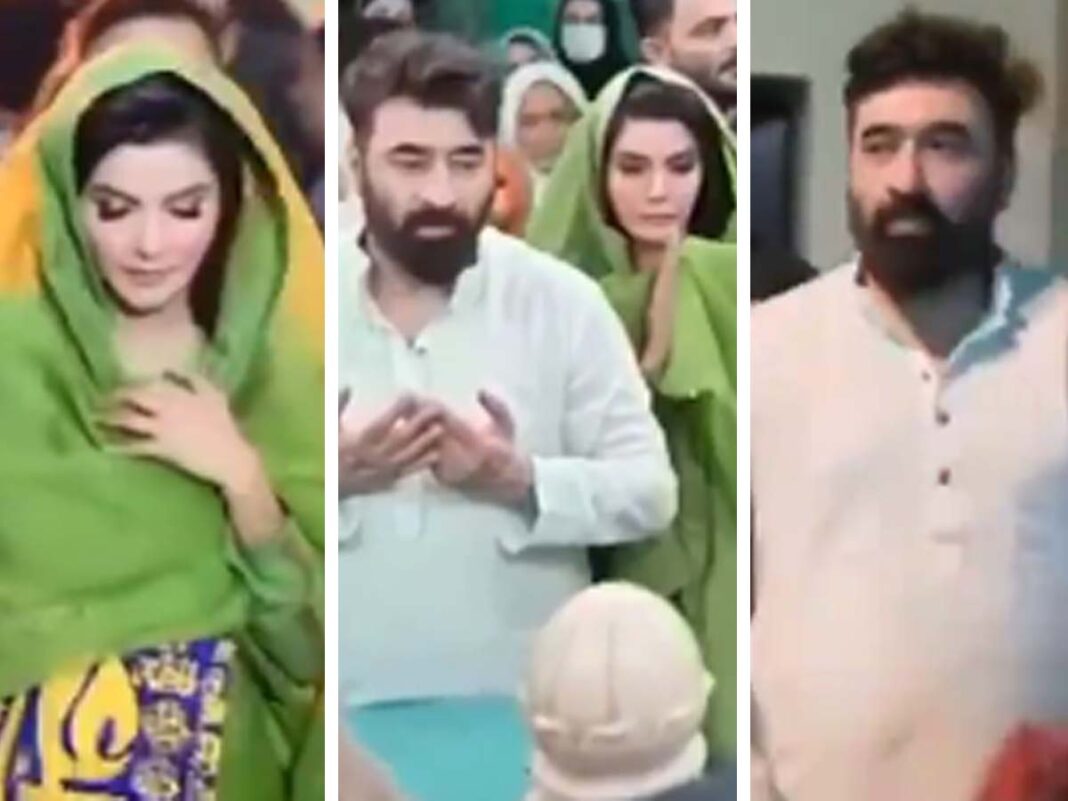 Nida Yasir and Yasir Nawaz are one of the industry’s power couples. For many years, the couple has battled together. This Eid al Fitr, the couple will premiere their film Chakkar. The film stars Ahsan Khan and Neelam Muneer Khan, as well as Yasir Nawaz in the prominent role.

This year’s Eid ul Fitr will see the release of a number of films. As a result, a fierce competition has been established between the entire cast and crew. All of the celebs associated with any upcoming film this year are leaving no stone unturned in their efforts to promote the picture.

The same is now true with Chakkar makers.The cast has visited the mausoleum of Abdullah Shah Ghazi in Karachi after doing promotional events at a number of malls. Although Neelam Muneer Khan was not present, others such as Nida Yasir, Yasir Nawaz, and Ahsan Khan took part. They may be seen laying the “chaddar” and spreading flowers over the grave.

The general population and netizens have harshly criticised the cast’s actions. Some argue that it’s a rip-off of Indian actors, while others argue that as Muslims, we can’t perform things that aren’t religiously sanctioned. Biddat and shirk include going to these kinds of holy shrines and praying there. As a result of this deed, Nida Yasir and Yasir Nawaz have been mocked by the public in order to promote their film.

In the comments area below, share your thoughts and opinions about Chakkar’s next step. Thanks!