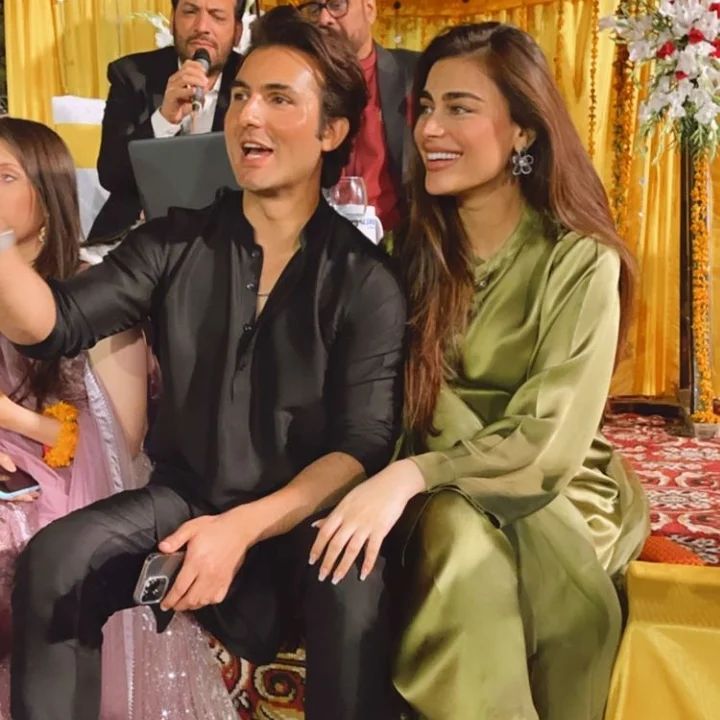 Photographs of Javed Sheikh and his lovely wife from a wedding

Everyone knows the name Javed Sheikh, whether he is a youngster, an adult, or an elderly man. For many years, he has graced our television screens. He was born in 1954 and began his professional career in 1964, just ten years after his birth. He is a film producer, director, and one of his generation’s top actors. In his life, he married twice. He was first married to Zeenat Mangi, with whom he had two children, Momal Sheikh and Shahzad Sheikh. Salma Agha was his second marriage.
Javed Sheikh has appeared in over a hundred dramas in Pakistan’s showbiz sector, as well as a few Indian films. This demonstrates his immense popularity and respect in India.

“Om Shanti Om” and “My Name Is Anthony Gonlaves” are two of his most well-known Indian films. Through his humour films, he gives the most enjoyable amusement.
Javed Sheikh received the President of Pakistan’s pride of performance award in 2012, and he also won three lux style awards, one for best film actor and the other two for best supporting actor. He is mostly known for his roles as a parent and grandfather. Javed looks quite nice in this role, and everyone praises his acting and directing abilities.
He was recently seen with his wife and children at a wedding celebration. His wife was dressed to the nines. Momal and Shahzad, his two children, were also present.