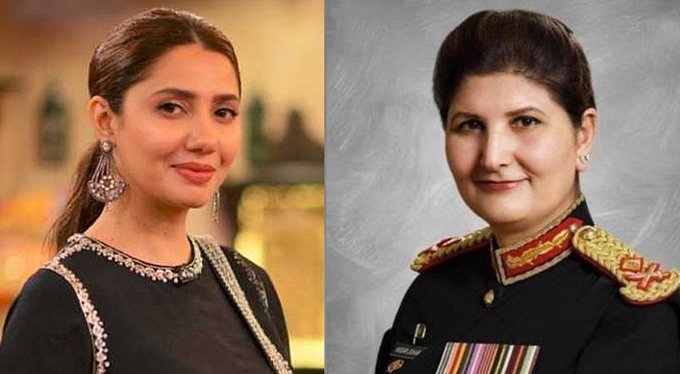 Sources have confirmed that Bilal Ashraf and Mahira Khan are reuniting for an upcoming ARY Digital telefilm. The project is a biopic on Lieutenant General Nigar Johar Khan.

The film is based on the life of Lieutenant General Nigar Johar Khan. Who is known to be the first woman in the history of the Pakistan army to reach the rank of lieutenant-general. She has also been serving as a surgeon general in the army. Nigar Johar Khan was featured in an ISPR video in 2015. Which was released in honour of women in the Pakistan Armed Forces.

The Pakistan's superstars, @IamBilalAshraf and @TheMahiraKhan are pairing up again for ARY-ISPR project "#GeneralNigar" coming soon on your screens.❗❗
Here more 👇https://t.co/o2fsDAjZm2

This will mark Bilal Ashraf’s television debut and Mahira Khan’s first telefilm. The leading duo; Bilal Ashraf and Mahira Khan and were previously seen in ‘Superstar’. Their exhilarating chemistry was praised by the viewers. And their fans are more than excited to see the duo on television screens.

Actress Mahira Khan will soon appear in an Inter-Services Public Relations (ISPR) project based on the life of Lt General Nigar Johar. pic.twitter.com/TFf6TWmz4A

No release date has been confirmed yet. Stay tuned to Social Pakora for further details.