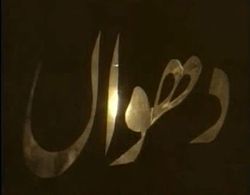 The history of the Pakistani television industry had produced one of the most viewed serial DHUWAN which is evergreen for all time. Dhuwan has fabulous multiple genres including crime, thriller, action, and emotionality. PTV was the producer and lonely channel who aired Dhuwan respectively. Ashir Azeem was the writer of the popular drama Dhuwan which was directed by Sajjad Ahmed.

The mystery of the name DHUWAN was directly connected and similar to the dominative cast names. Just like DHUWAN D for DAUD H For HAMEED U for UZMA W for WAJID A for AZHAR and finally N for NAVEED(NIDO). These were the main supportive cast of the drama. The screenplay and the whole story revolve around a certain group of friends who dedicated themselves to terminating the crime and grabbing smugglers. Ashir played the leading role of A.S.P Azhar who is a very loyal and strong police officer. There was a government agent named Sara (Nazli Nasir) appointed to keep alerted on A.S.P and his all activities. Afterward, Sara had commanded to train him and his group of friends for a certain mission. His friends were Nido (a factory owner) Wajid(journalist) Hameed(landlord) and Dawood(doctor). Throughout the cases, they found the lady named Uzma whose father was a drug dealer and was killed by his worker.

Uzma had been kidnapped and brutally raped. But fortunately, Ashir and his team were found her and admitted her to the Dawood clinic where she got treatment. Ashir and Dawood was the housemate of each other. Dawood started caring for and liking Uzma when she became a part of the group. They all were doing their commendable job including Sara who changed her getup as Interior designer to Investigation against Salman. She secretly assembled a recorder device on the Salman home furniture. But unfortunately, Salman’s servant cleverly found the attached device and start tracking Sara’s phone. Afterward, Sara got kidnapped and Ashir his team were following her, they fought hard but sadly Dawood was killed and Sara finally assassinate Salman. Uzma was very happy to meet with Dawood’s parents for their marriage but sadly she lost her senses when she came to know about Dawood’s death. The final episode had an unpredictable and unforgettable end with a heartfelt song of Rahat Fateh Ali ( Kisay Da Yaar Na Wichray) made it emotionally memorizable.

Blockbuster PTV Drama DHUWAN was perfectly directed by cast, screenplay, acting, music, and story. The drama cast had outstandingly fulfilled the audience’s expectations and provided praiseworthy entertainment. A combination of soundtrack and background music was fantastically presented along with heart-touching OST. The serial has comprehensively bound the viewers from the first to the last of the episode which was very unique credibility of DHUWAN.