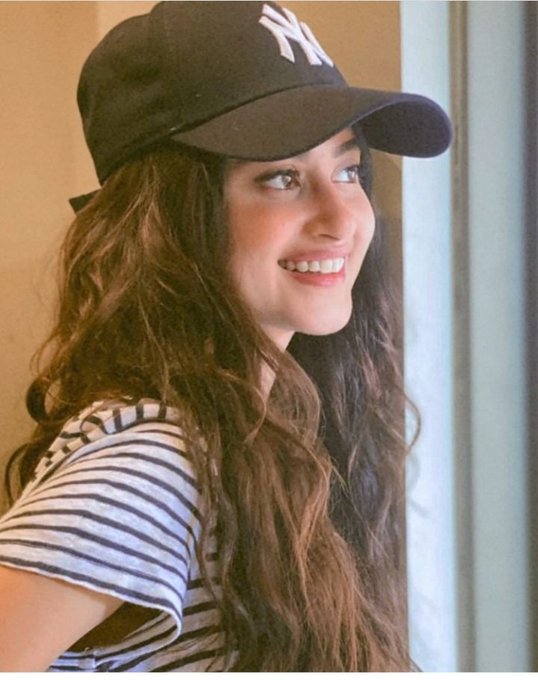 Sajal Aly has truly emerged as the most prominent star in the world. She’s on every screen, whether it’s in a movie theatre or on our televisions. Her most awaited film, Khel Khel Mein, is already in theatres. And she is basking in the glow of its triumph. When it comes to dramas, her captivating performance in the drama series Sinf-e-Aahan has wowed audiences. The aforementioned drama also became a much-anticipated project. With teases after teasers keeping fans on the edge of their Seats hopingto see it on their televisions.

The much-anticipated first episode aired yesterday. And it received a wonderful response from the crowd, as was expected. All of the drama’s stars, including Sajal, kept their fans up to date on the project’s progress. Sajal also discussed her enduring friendship with her co-stars.

She was recently asked an unusually personal question during an Instagram question-and-answer session. When they are both going to break the good news, a fan inquired. Sajal roasted a fan by answering a humorous question. And stated that she had already offered a bit of good news. Just in the firm of Sinf-e-Aahan and whatever else you desire on Saturday. This was the Khush Khabri on which Sajal had been working for a long time, she explained.

I can't take my eyes off from this girl. She is amazing 🔥🙌❤️#SajalAly @Iamsajalali#SinfeAahan pic.twitter.com/VxRxBgikwD

Both Sajal Aly and Ahad Raza Mir have developed their own personas. They are without a doubt our industry’s superstars. Ahad Raza Mir was also subjected to the same questions from time to time. Which appeared to make him feel uneasy. We find Sajal’s appropriate response amusing. For all of us, a project like Sinf-a-Aahan is a Khush Khabri.