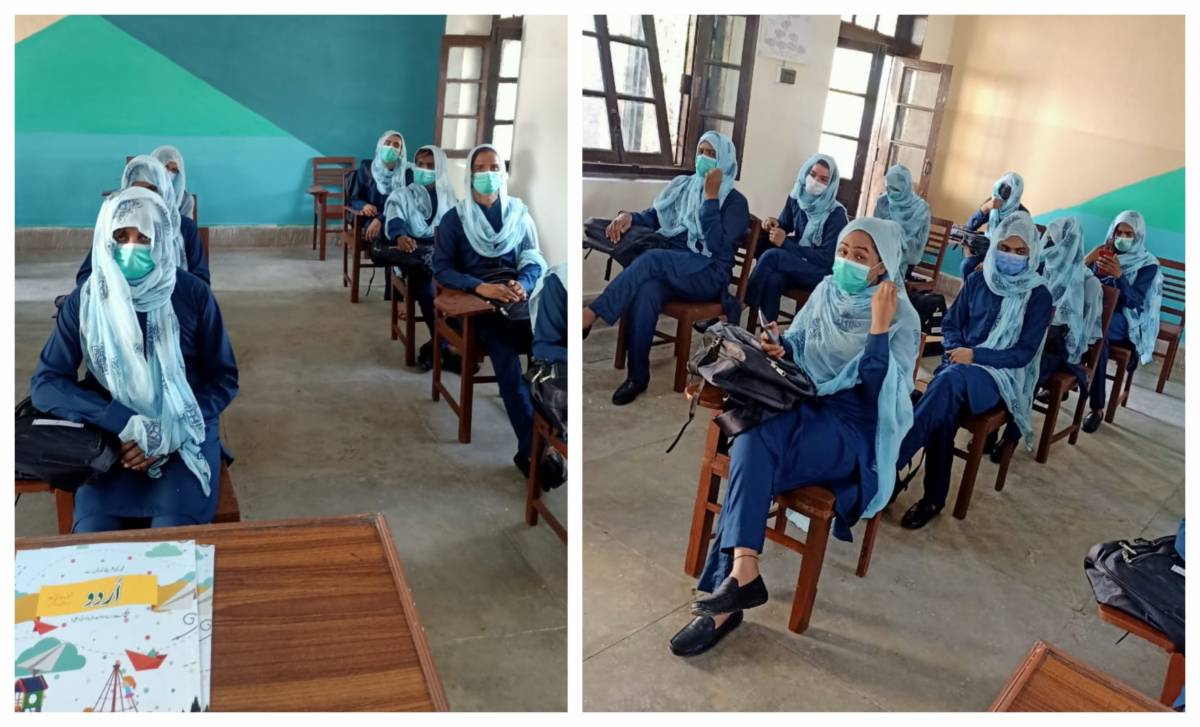 MULTAN: Members of the transgender community on Thursday attended the first day of school after a special institute was opened for their community in Multan a day earlier. Close to 18 transgenders have enrolled in the school that caters to students from their community.

The Government Comprehensive School for Girls was inaugurated on Wednesday by Punjab’s Secretary School South Punjab Ehtisham Anwar. Anwar at the time said that schools for the trans community will be launched in Dera Ghazi Khan and Bahawalpur as well.

The school in Multan offers classes from nursery till intermediate and specifically caters to the transgender community.

Officials have said that the syllabus from nursery till primary was developed in Japan, while the curriculum that will be taught from middle school till intermediate will be based on Pakistani education boards.

Transgender Alisha Sherazi, who has an MPhil in International Planning and Management from the Bahauddin Zakariya University, is among the teachers.

In an interview with Geo News, Sherazi said that the students attending the schools are being provided with everything that their counterparts at other schools get.

Another transgender teacher who has an undergraduate in psychology is also teaching at the school.

“We can understand them as we are from their community. We can guide and teach them better compared to people from the general population,” said the teacher when interviewed by Geo News.

ANNOUNCEMENT:
First Day of School for Transgenders by School Education Department Punjab. We have provided them everything that is required for Schooling. Dr Aithesham Secretary School South Punjab and his team have done a great job. TransEducation is the program. pic.twitter.com/pTZkfKEOYX

She also thanked the government for allowing the transgenders an opportunity to teach at the school.

The transgenders that were allowed to teach at the school were already feeling special. But for the 18 students that have been enrolled, it’s like a “dream come true”.

“I feel all my dreams will come true from now on,” one of the students told Geo News.

Another student said that the transgender community was “very happy” with the stand they took regarding their education.

“By studying we will support our families and our community,” said the student.

On the other hand, Punjab Education Minister Murad Raas lauded the team that launched the school. He added that the provincial government has provided them “everything that is required for schooling”.

Raas said that the program under which the community’s education needs are being met is called “TransEducation”.

Meanwhile, secretary schools South Punjab said that students enrolled in the school will be promoted to different classes within months so the classes can match their ages.