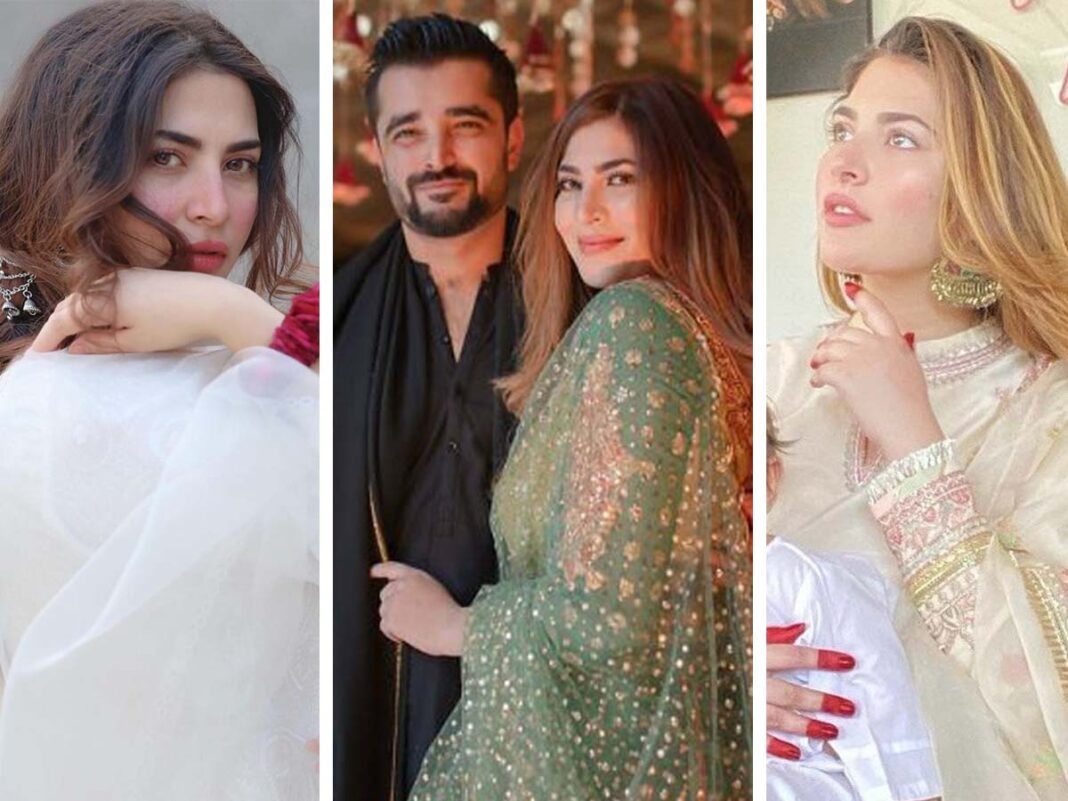 Naimal Khawar Khan Pakistani actress is looking stunning in her lovely white ensemble . Naimal has only appeared in a few productions and dramas. However, Naimal has captivated the crowd through her lovely attitude. Because Naimal comes from a Pathan family, this just adds to her inherent attractiveness.

Naimal did not appear in any other series after her wedding. Hamza and Naimal are a handsome couple who have a lovely boy named Mustafa Abbasi. Naimal is a painter as well as an actor. In her home, she has a mesmerizing painting studio Ae is also a talented painter, as seen by her willingness to share her work. She frequently posts photos to her Instagram account and is very active on social media.

Naimal’s recent photos have now swamped the internet. In this white ensemble designed by Sadaf Fawad Khan studio, she looks stunning. She accessorized the garment with a red khussa and a lovely gajra. Her poetic style is completed by silver earrings and a dishevelled braid. These photos of Naimal have us salivating.

In the comments area below, please share your thoughts on these stunning images of Naimal Khawar. Thanks!