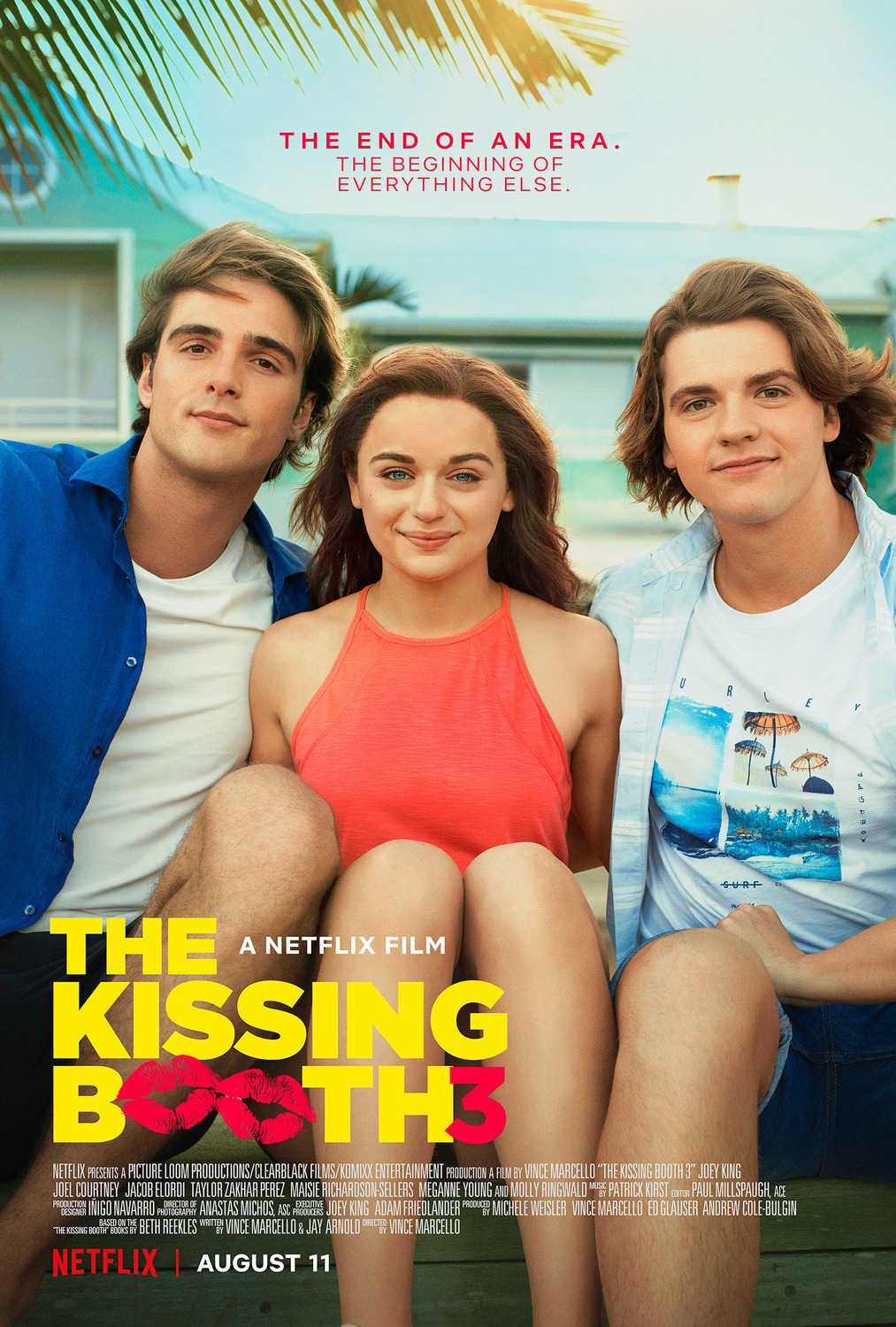 It’s the summer before Elle heads to college, and she’s facing the hardest decision of her life: whether to move across the country with her dreamy boyfriend Noah or fulfill her lifelong promise to go to college with her BFF Lee. Whose heart will Elle break as The Kissing Booth trilogy comes to an end? Watch The Kissing Booth 3 only on Netflix August 11.

The sequel ended with Elle facing the decision to either go to Harvard to be with Noah or to Berkeley to fulfil her friendship promise to Lee. And as we saw in the trailer above, she hasn’t made up her mind yet.

Elle managed to smooth things over with Noah’s new friend Chloe (Maisie Richardson-Sellers) after a misunderstanding over Chloe’s earring found under Noah’s bed, which he had no idea about.

And Lee also managed to win back Rachel (Meganne Young), so at the end of the sequel, it’s status quo for both of the central couples – but how long with it last?

One thought on “The Kissing Booth 3 | Official Trailer |”