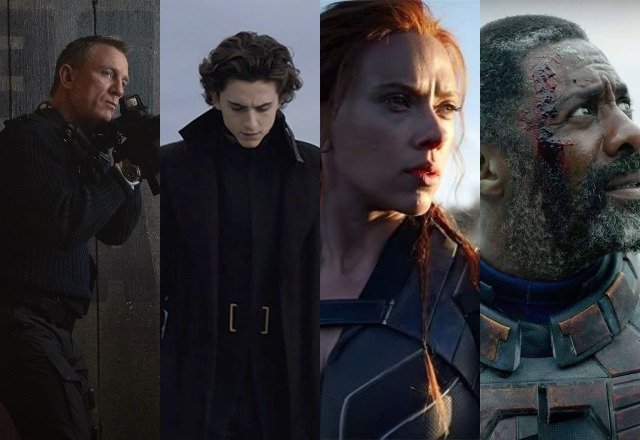 The year 2020 halted the release of many awaited movies but as people gets used to a pandemic ridden world, the opening of businesses seem to be near. As The theaters prepare to roll out their welcome mats, letting film lover’s view previously delayed films. – Top 5 Most Awaited Movies of 2021

2021 seems like a promising year for the entertainment business. Here’s a list of top 5 highly anticipated movies of 2021:

The 25th movie in the James Bond franchise, starring Daniel Craig in what seems to be the last tour of the infamous spy. James Bond has left the active service and is enjoying a tranquil life in Jamaica. His peace does not last long as he receives a letter from an old friend. Bond finds himself on the trail of a mysterious villain (Rami Malek) who’s armed with a dangerous new technology.

A real treat for all the Marvel fans as the iconic Natasha Romanoff gets a standalone. The long awaited film, starring Scarlett Johansson takes place between the events of the Captain America: Civil War and Avengers Inifinty War. It will see Natasha Romanoff on the run and forced to confront her past as a spy, long before she became an Avenger.

A post shared by Godzilla: King of the Monsters (@godzillamovie)

Set to make its big debut in theaters, the crossover is the sequel to “Godzilla: King of the Monsters” and “Kong: Skull Island”. The next chapter in the cinematic Monsterverse pits the two fearsome monsters against each other in one epic battle while the humans try to rid the planet of both the creatures, once and for all.

Set in the 1970s in London, “Cruella” follows the young Cruella de Vil, the iconic villain from 1961’s “101 Dalmatians.” Starring Emma Stone as the lead, the films is one of the most awaited movies this year and promises to be a great success.

And last on the list, but not the least, the long running and widely awaited, fast and furious 9 is setting its foot in theaters soon. Dominic Toretto (Vin Diesel) and his crew join, including John Cena forces to battle the most skilled assassin and high-performance driver they’ve ever encountered, his forsaken brother.