Home » When asked about Ahad Raza Mir, Sajal Aly was speechless, but Bilal Abbas reassured her with his response. 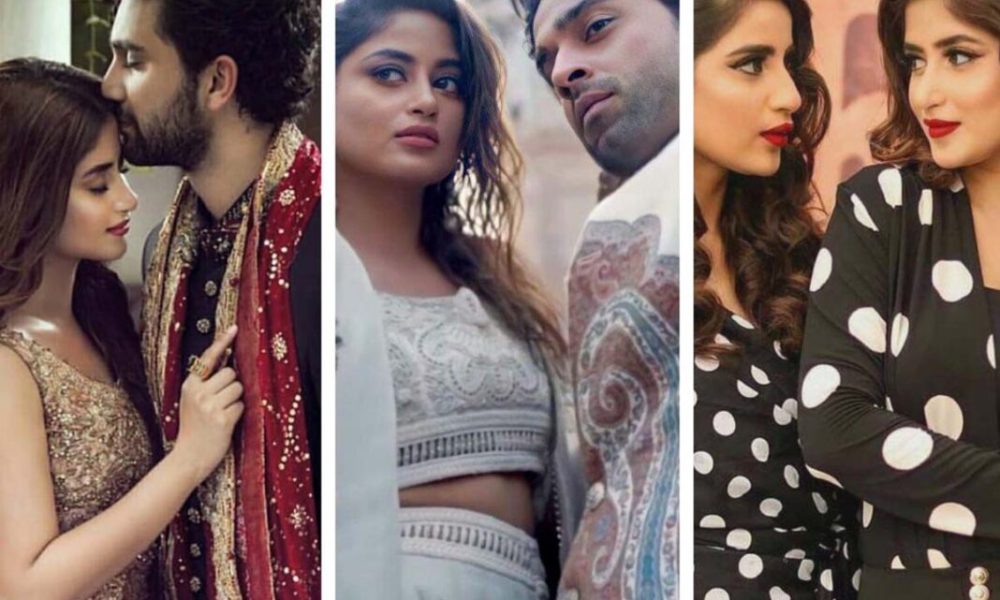 When asked about Ahad Raza Mir, Sajal Aly was speechless, but Bilal Abbas reassured her with his response.

Sajal Aly and Ahad Raza Mir have split up, but it’s clear that they worked hard to keep the situation and circumstances a secret. As we all know, we live in the age of social media, and any small bit of information regarding particular topics has the potential to go viral. The same thing happened to this couple. People noticed Ahad Raza Mir’s absence throughout the advertising and premieres of Sajal Aly’s film, Khel Khel Mein.
The aforementioned event created a stir on social media, and rumours about their breakup began to circulate. Sajal Aly made every effort to keep her personal life private.

When asked where Ahad Raza Mir was during a promotional event, she lied and said he was abroad and preoccupied with his business. Following her declaration, images of Ahad Raza Mir enjoying a good time at a party in Karachi were published on social media.
As a result of all of this, their divorce rumours grew stronger. when she was promoting her film Khel Khel Mein. Waseem Badami’s show featured her. “One word for Ahad Raza Mir,” was the query that left her speechless, and we could tell she was struggling to express herself.

Bilal Abbas was also seated next to her, and he was well aware of Sajal’s uneasiness. As Sajal’s best buddy, he seized command of the situation and immediately responded, “Ahad Raza Mir is Sajal Ki Jan.” This was unmistakable proof that something was severely wrong with them.
What are your thoughts on this video? Please share your thoughts in the section below. Thanks!