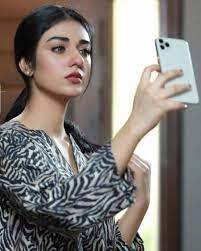 Sarah Khan is Pakistan’s most well-known, established. And , above all, refined actor in the theatrical profession. She began her acting career with Sawaira Nadeem in the highly hit drama series Bari Apaa. Her first performance brought her instant fame and acclaim. She began receiving more prominent roles soon after her appearance in Bari Apaa. And she eventually rose to become Pakistan’s most recognised and talented actress.

She is the one who has never bowed to peer pressure. It doesn’t matter if it’s in a role or how she dresses. She never oversteps her bounds. Sarah Khan’s old video. In which she discusses her brave deed of slapping a director who was harassing her on a regular basis. Has resurfaced on social media.

She claimed she was filming her second drama series. And assaulted the director in the makeup room. When asked why she did it, she stated that her director wanted her to go to a movie with her. And that despite her numerous rejections. He didn’t lose his cool and that when he went to grasp her, she slapped him. Sarah stated that she was alone in the make-up room with the director. And after being slapped, he began ranting, and they exited the room.

Sarah Khan slapped him again after he exited the room, which was amusing. This is incredibly inspiring to watch because she clearly has a lot of courage to deal with these creatures. Our society’s difficulty is that women are frequently confronted with strange conditions. That make it difficult for them to work.

What are your thoughts on her performance? Please leave a comment below to let us know what you think.