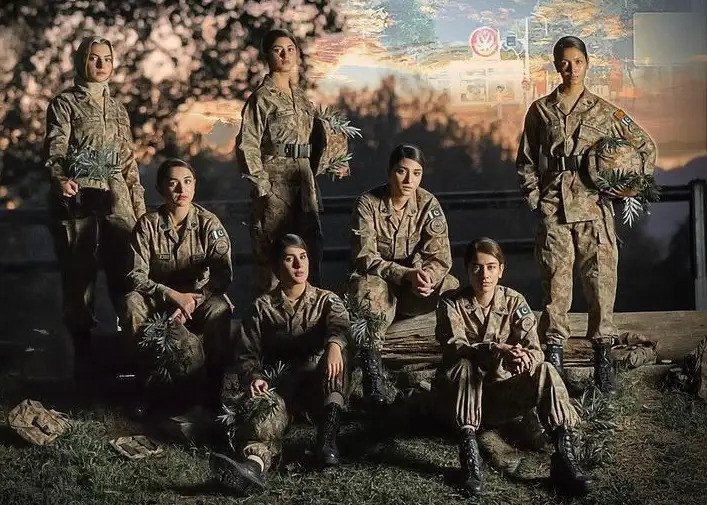 KARACHI: When the national anthem is sing in the movies, even those who say they have no nationalistic bone in their bodies experience chills. On August 14, when Junoon’s Azadi is plays over the loudspeakers. Footage of Partition travelers is show on the television. It reminds us of the price we paid to call this location our home, our independent country. Regardless of the propaganda that is an evident and overt element of such nationalist products. These songs and nationalistic television and cinema productions are suppose to ignite the Pakistani within you and make you fall in love with your country despite its many flaws. Why is ‘Sinf-e-Aahan’ no longer the enthralling watch it once was?

Having said that, the Nadeem Baig directed Sinf-e-Aahan. Which centered around female cadets, quickly captivated the audience because it wasn’t merely a patriotic statement.

Sinf-e-Aahan, loosely translated as ‘Women of Steel,‘ is based on the lives of six bold, passionate, and outspoken women who break norms as uniformed lady cadets. It is written by Umera Ahmed. Incorporates women from all financial backgrounds, religions, and even nations in order to appeal to a broader audience. It ultimately demonstrating that the military is fair and ethical to all those with the ability and desire to serve.

Why is ‘Sinf-e-Aahan’ no longer the enthralling watch it once was?

Despite being situattion in the Pakistan Military Academy. The project begin with the goal of dispelling stereotypes about women and their place in society, with a focus on the military, but has now been reduce to exercises and marches on repeat during the final several episodes. Their women are their heroism, and their arcs aren’t so much.

The six young women’s stories and problems are reduce to recitations, short jogs. It loud commands, and salute drills as soon as they enter PMA. The characters who had introduced to us seemed to have gone from the screenplay and screen time. It’s almost as if the women’s love for their country and their daily routines blinded them.