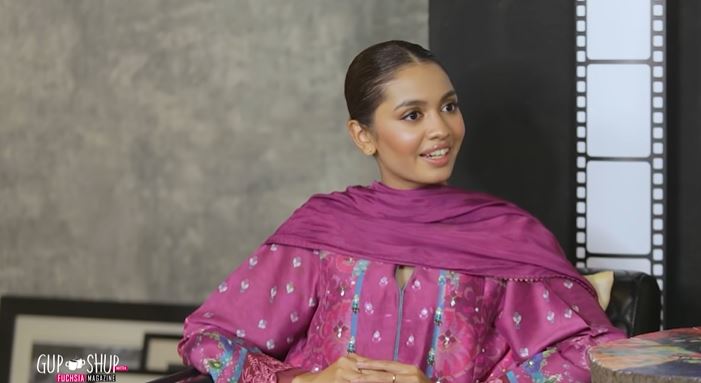 Yehali Tashiya Kalidasa is a well-known Sri Lankan actress. Who just made her Pakistani drama debut in ISPR’s drama series Sinf-e-Aahan. She was featured in an excellent interview with Fuchsia magazine. And getting to know her was a wonderful experience. When it comes to Ramsha Khan, she claims that at their first meeting. She told her that she looks a lot like Bollywood diva Anushka Sharma.

Ramsha Khan has expressed her displeasure. With this phrase on numerous occasions, claiming that it is not a complement. Because all she wants is to be recognised by her own name. Not by the likeness of someone else. Ramsha must be displeased at Yehali’s compliment once more. Yehali is making her debut in Pakistani television drama.

Sinf-e-Aahan brings together all of our industry’s biggest personalities. And it’s awe-inspiring to witness so many talented women working on a single project. In a recent interview, Yehali discussed her experiences working with Pakistani performers. And expressed her admiration for them. Ramsha Khan’s skin is one of her favourites, and Ramsha revealed the secret to her luminous skin. Yehali Tashiya Kalidasa declares herself to be 18 years old. And people are asking, “Wait, what?” Eighteen!

According to Yehali, Sajal Aly is the best actress of all time. She may be seen singing about Sajal Aly’s ability and beauty. Yumna Zaidi is a name that comes to mind. Yumna is a bright girl, according to Yehali Tashiya. And I informed her that she was going to win the award for best actress, which she did. She’s taken aback by Sheheryar Munawar Siddiqui’s excellent looks.

Are you a fan of Sinf-e-Aahan? If so, what are your thoughts on Yehali Tashiya’s acting abilities? Please leave a comment here. Thanks!