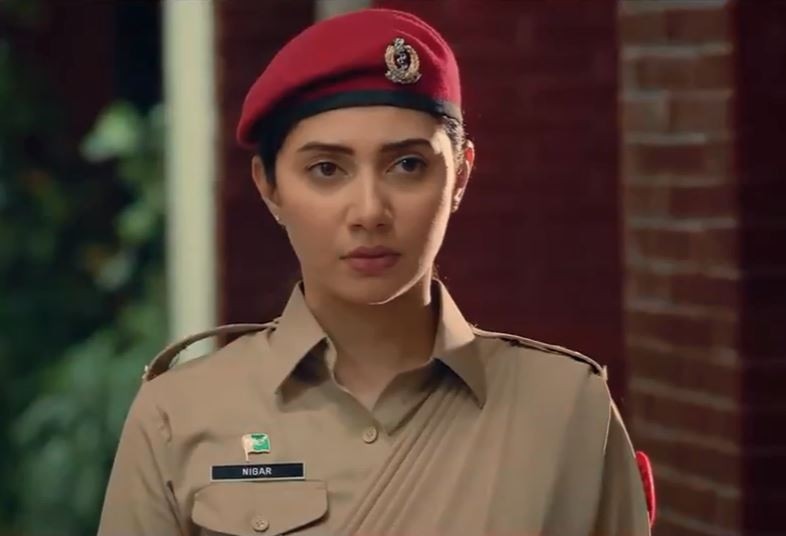 Aik Hai Nigar, Mahira Khan’s telefilm, is coming to ARY Digital on Saturday 23rd October 2021 at 8:00 pm. The much awaited biopic will revolve around the story of the first female lieutenant general of Pakistan. Mahira plays this lead role as the teaser reveals. So what is the story of Aik Hai Nigar?

This drama, written by Umera Ahmed, is an inspiring tale about the biography of Lieutenant General Nigar Johar. She is the first and only female lieutenant general of Pakistan. Currently she serves as the surgeon general of Pakistan Army. So the movie revolves around her life as an example of strength, struggle and determination. Mahira Khan plays the main lead beautifully with Bilal Ashraf. Further, in the teaser, they appear very skilled actors, cut out for their roles. The Hum Kahan Kay Sachay Thay performer intends to win the crowd yet again with her formidable performance.

Furthermore, this film is produced by the actor’s production house ‘Soul Fry Films’. So it is a joint production of Nina Kashif and Mahira Khan.

Meanwhile, in a podcast interview with Positive Solace, the famous celebrity, paid tribute to Nigar. She said,

It’s the role of a lifetime, I hope a lot of people get to watch it.

She further proclaimed, that this role is “probably one of the closest to my heart.” Because of this role she got to come face to face with Nigar which was a very exciting time for her. In her own words, she spoke, “Meeting [Lieutenant] General Nigar was amazing, what a life she has lived.” Further, the Verna actor feels, that Nigar is a “legend”. Because of this character, she had special moments on the sets that she will never forget. The Humsafar star plays a girl in her twenties all the way up to a woman in her late fifties in this film.

Thus, this is a much awaited movie for many reasons. Firstly, Nigar is a remarkable woman who stands strong for women empowerment. Throughout her career she has been praised for being a ‘woman of steel’. Secondly, Mahira Khan plays the fantastic role. Thirdly, it is a drama that is released as a telefilm with a great teaser. Therefore, it is something to look forward to as an awe-inspiring tale of courage for all women of Pakistan.