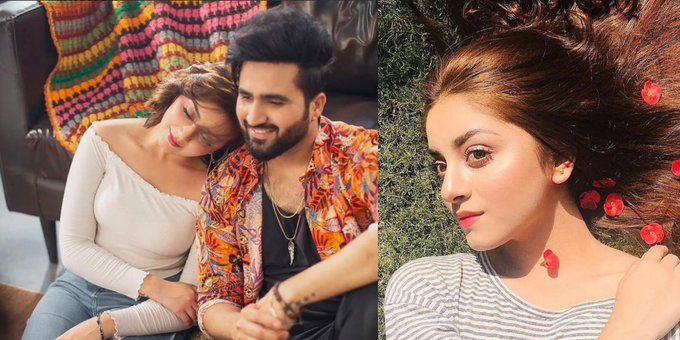 You are all aware that when famous Pakistani singer Falak Shabir. Married talented actress Sarah Khan in the year 2021, his fame skyrocketed. Then it happened that the duo was regarded as one of the best in the entertainment sector. However, as a result of Falak and Sarah’s everyday antics. Many have lost interest in them. Fortunately, the couple has a daughter (Alyana Falak) who was born less than a year ago.

Falak Shabir, Sarah Khan’s husband, has released a new song called “Yaadan.” And Alizeh Shah, a young actress, has been cast to star in the music video for this song. In this song, Alizeh Shah wears a variety of bright outfits on various occasions. And expresses herself as being very amorous. She is also seen to die in an accident at the end of the song.

Falak Shabir had already recorded a song with his wife Sarah Khan. In addition, his song “Zindagi” has approximately 12 million views on YouTube. People believe that if a boy has a good wife. His fortunes would improve, as it did for Falak Shabir. Here’s something interesting: Sarah’s spouse Falak has become highly popular. In Pakistan as a result of his Punjabi songs.

Don’t forget to share your reaction to hearing the song sung by Falak Shabir. And Alizeh Shah in the role of a brave heroine in the comments area below. As a result, we eagerly await your insightful remarks. Thanks!