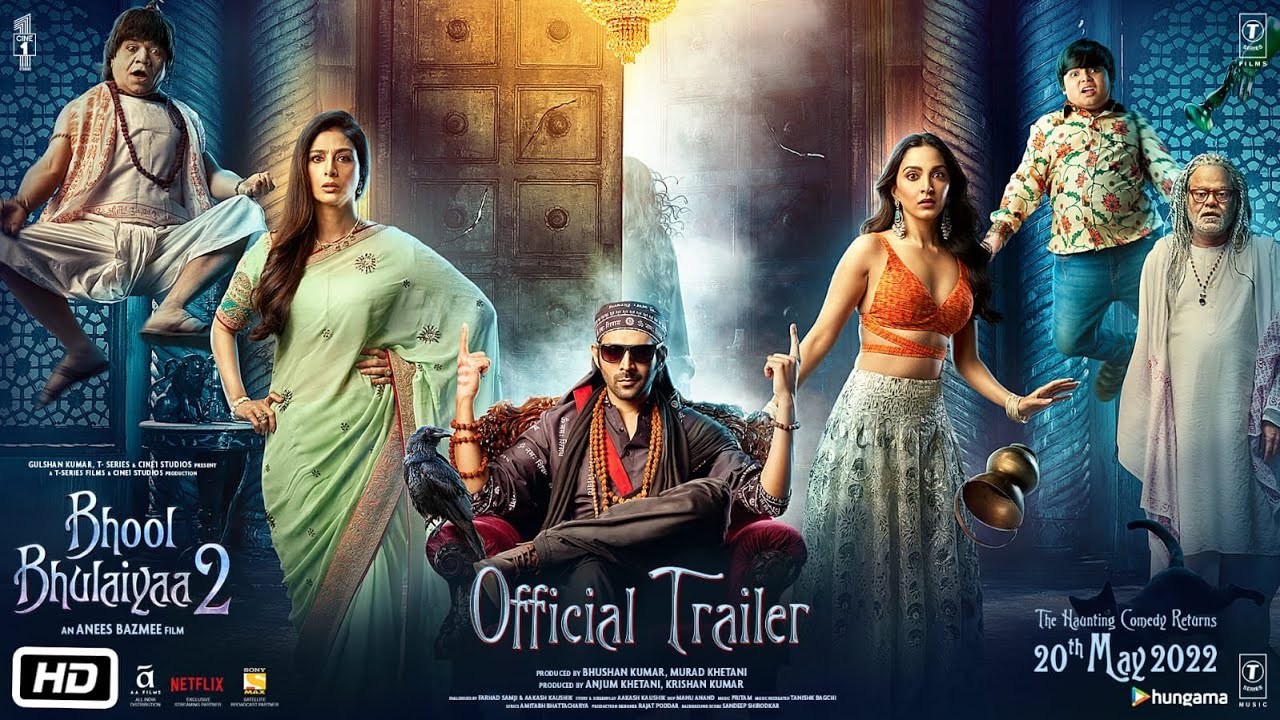 Its Official, Bhool Bhulaiyaa2 all set to release on 20th MAY 2022, in cinemas near you! Starring Kartik Aaryan, Kiara Advani, and Tabu, the film has been directed by Anees Bazmee and written by Farhad Samji and Aakash Kaushik. Bhool Bhulaiyaa 2, produced by Bhushan Kumar, Murad Khetani, and Krishan Kumar under the banner of T-Series and Cine 1 Studios, is scheduled to hit the screens on 20th MAY 2022