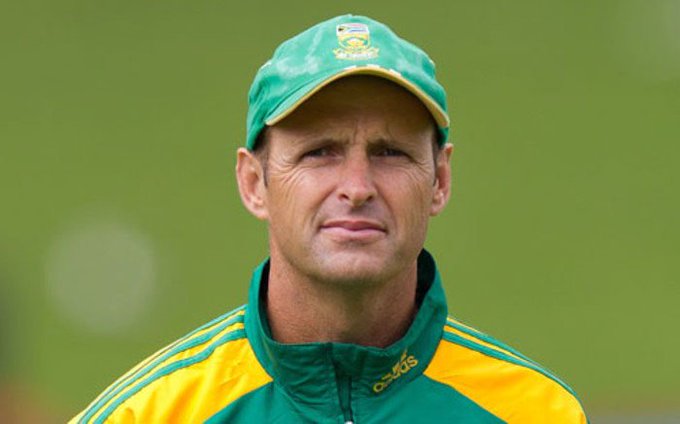 Before the T20 World Cup 2021, Pakistan’s cricket squad saw Misbah-ul-Haq. And Waqar Younis leave from their positions as head coach and bowling coach, respectively. While interim coach Saqlain Mushtaq is leading the Babar Azam-led Men in Green in the main event. The Pakistan cricket team will have a new coach after the T20 World Cup.

Gary Kirsten, a former South African opener and India’s World Cup-winning coach. Is expected to be the frontrunner in the battle to become Pakistan cricket’s next head coach. Along with him, Simon Katich and Peter Moores are among the other candidates in the contest. But according to the Indian Express, Kirsten is the frontrunner.

According to sources, the current Chairman of the Pakistan Cricket Board (PCB), Ramiz Raja. Is eager to hire a foreign coach for the national team. As a result, the board will have a difficult time persuading the chosen candidate. To accept the onerous post and forego a chance to lead a T20 franchise.

Ashley Giles is meeting Gary Kirsten today at Lords, Sky Sports News understands. The South African is now the leading candidate to become next England head coach, although Giles is meeting other hopefuls.

A former left-handed pitcher. Is recognised as a head coach for his man-management skills. And calm and collected demeanour.

From 2008 to 2011, he was a member of Team India. Where he guided the MS Dhoni-led side to the 2011 ODI World Cup title. As well as the top of the Test rankings and a series win in New Zealand. Kirsten also served as the head coach of South Africa after his time with Indian cricket.

Click below to hear interview with @Gary_Kirsten as he discusses the different coaches preparations, processes and ideas that have set them up for success leading into the @T20WorldCup https://t.co/aYr7Lcs5TS pic.twitter.com/sxt3Ue2U7T

He has also coached the Hobart Hurricanes and the Royal Challengers Bangalore since then (RCB). He did not, however, have much success as an IPL coach.

Mushtaq is the current head coach of the Pakistan team. With Matthew Hayden as the batting consultant and Vernon Philander as the bowling coach for the T20 World Cup. They are anticipated to hire a new coach after the World Cup. And before their next tour to Bangladesh.