Home » I was told the audience wouldn’t get the story: Sheheryar on ‘Prince Charming’ 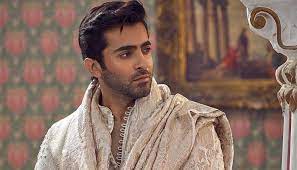 I was told the audience wouldn’t get the story: Sheheryar on ‘Prince Charming’

Sheheryar Munawar, after having gained widespread recognition for his acting skills through roles in Parey Hut Love. Ho Mann Jahan and Zindagi Gulzar Hai, ventured into directing. With his latest short film Prince Charming. Causing quite a stir on social media with actors Mahira Khan and Zahid Ahmed in the lead roles. The 12-minute film revolves around the topic of post-marital depression.

I was told the audience wouldn’t get the story: Sheheryar Munawar on ‘Prince Charming’ https://t.co/trBOCp9l49

Munawar spoke to Urdu News about his new directorial adventure, shedding light on his experience in the director’s chair. He revealed that his decision to get into directing was not a sudden one. And that he had closely observed the filmmaking process while acting as well. The actor-director explained that directing isn’t completely uncharted territory for him. “When I was acting, I would be involved in the entire process. And I’ve also directed quite a few commercials,” shared the Project Ghazi star.

Poster of my 1st narrative (short film) as a director, starring Mahira Khan and Zahid Ahmed. From penning it to calling action to working on the post, each step has been magical; releases soon on SeePrime YouTube Channel! #ShortFilm #MahiraKhan #ZahidAhmed #SeePrime pic.twitter.com/S1Gm45ekhx

“I believe life experiences teach a person a lot, so I figured I knew enough to direct my own film,” he added.

Prince Charming, since its release on Friday, has been viewed on YouTube over 200,000 times. On receiving such an overwhelmingly positive response. Munawar shared, “When I was writing the story for the film, a lot of people told me that the audience wouldn’t get it. So, I’m really happy that not only do people understand the story, but also like it.”

“I feel as though we really underestimate our audience, even though whenever you show them something different, they always watch it,” he added.

Elaborating on why he chose Khan and Ahmed to star in his film, Munawar said, “I felt that Mahira and Zahid would fit the role of a married couple well. I made it a point to not portray Mahira as a glamour queen. And instead showed her as a girl that other girls watching can identify with. Zahid is a very good artist and his acting skills are very strong.”

She was promised her Prince Charming. She only wants what was promised – is that too much to ask?
Teaser for my upcoming short film as director. Releases tomorrow on seeprime youtube channel.#teaser #mahirahkhan #zahidahmed #seeprime #releasestomorrow pic.twitter.com/o6mdv5fmCV

In the short film, Munawar added a beautiful rendition of renowned poet Ahmed Faraz’s ghazal Suna Hai Log Use Aankh Bhar Ke Dekhte Hain. On his decision to use the ghazal, he explained, “I had listened to this ghazal many years ago and loved it very much.”

“People think of it as romantic poetry, but to me, it speaks of a love that has never even been felt. That’s why, after I have written the characters for the film. I felt that this ghazal would fit very well into it,” he added further.

Munawar explained that he does not believe in categorisation or limiting himself to just acting or directing. “I wouldn’t just call myself an actor or a director. Since I’ve also done production and written scripts. So, I believe it would be more accurate to call myself a filmmaker.”

Speaking about how he had no plans to pick and choose one thing over another. He commented, “Just because I’ve gotten into direction does not mean I won’t be acting anymore. I’ll be taking on another project in two weeks’ time as an actor.”

When asked about marriage and whether he had plans to tie the knot any time soon. Munawar revealed, “I’ve definitely started to believe that matches are made by God and whenever God wills it, the right girl will come into my life.”

The audience reactions to Prince Charming have been positive. A fan wrote on Twitter, “Loved Mahir and Zahid’s performance and the concept was quite refreshing. And deep compared to Pakistani dramas and movies. Kudos to the whole team for this masterpiece.”

A lot of silence with just her eyes doing all the talking. Her performance is so poignant, so nuanced. 🤍
Mahira's growth as an actor is very evident in this #PrinceCharming pic.twitter.com/lNOKdbPfek

Another tweeted, “Prince Charming touched my heart. I saw myself in the future perhaps. I wonder how many women are living in this scary reality after marrying the love of their life? How they are trapped in the past which keeps them alive. But not sane enough anymore to live in the present.”

Prince Charming is certainly worth the watch. Especially because it depicts with such honesty a matter. That is often swept under the rug and dubbed a ‘non-issue’. The short is executive produced by Seemeen Naveed and is available on See Prime’s YouTube channel.

Sheheryar Munawar previously gave a shout-out to Khan on social media, thanking the superstar for believing in him and agreeing to be a part of his debut directorial. He also thanked Ahmed for being a gem to work with. And without forgetting his production crew, Sheheryar added, “Big shout to my wonderful Assistant Directors, my brilliant DOP, art team, styling team, sound and music team and colour/post-production team… and of course the experienced team at SEE PRIME.