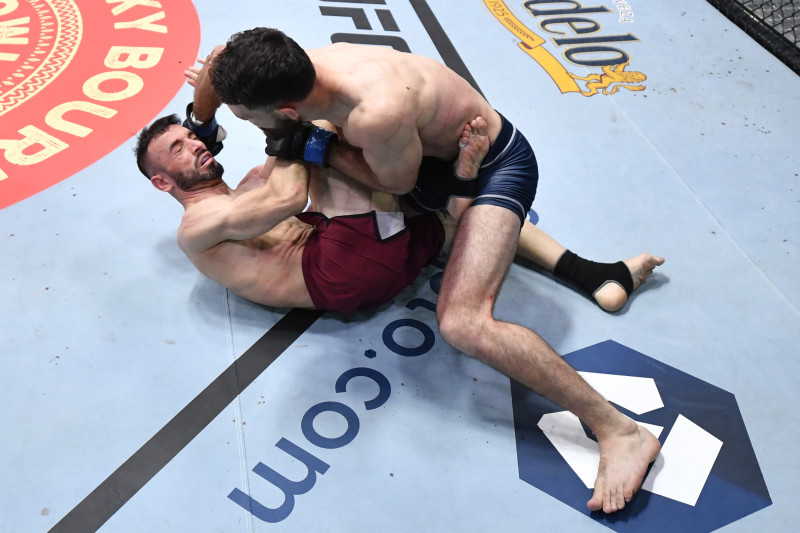 Javid Basharat, the Afghan mixed martial artist defeated his Israeli opponent Oron Kahlon. In the contender match on 26th October 2021, Basharat showed Kahlon who was ‘right’ in the ring. He aptly ‘punished’ his Israeli opponent for calling him a ‘terrorist’ during the prefight staredown.

Javid Basharat UFC career off to a great start

The Ultimate Fighting Championship (UFC) for Basharat was off to a great start with the victory over Kahlon. He was successful in making Kahlon tap-out, thus avenging the blameworthy name-calling. Kahlon had labeled The Afghan Leopard a ‘terrorist’. This happened when after the weigh-ins, on Monday, the two had a traditional face-off. Thereafter, Basharat refused to shake hands with Kahlon. Subsequently, Kahlon got triggered and blurted out the filthy label.

While the Afghani competitor remained calm, the internet world was ablaze on the incident. Netizens criticized Kahlon’s attitude and questioned whether it was Islamophobia or not.

Not a ‘Terrorist” but a Winner

Basharat dominated the match throughout. Maybe he focused all the aggressiveness on releasing formidable elbow attacks in the first round. The second round saw him enjoying the upper hand while the third witnessed him prevailing as well. He finally decided to unleash the final blow to Kahlon by making the Israeli fighter submit to a guillotine choke.

In the post-event press conference, UFC president Dana White proclaimed that ‘Justice’ won. He further stated that contenders say pretty nasty things in this sport. And Basharat handled the issues in the cage which is exactly the rule.

Thus, Basharat record now stands at 11-0, that is, 11 wins and 0 losses. He has consequently won a UFC contract which is every MMA professional athletes’ dream. Why Basharat refused to shake hands is still unclear. Were there political motives behind this act, only God knows. However, the Afghani Leopard gets to celebrate his win, and avenge blameworthy tactics. So he proved his point in the cage and he came out with a contract.