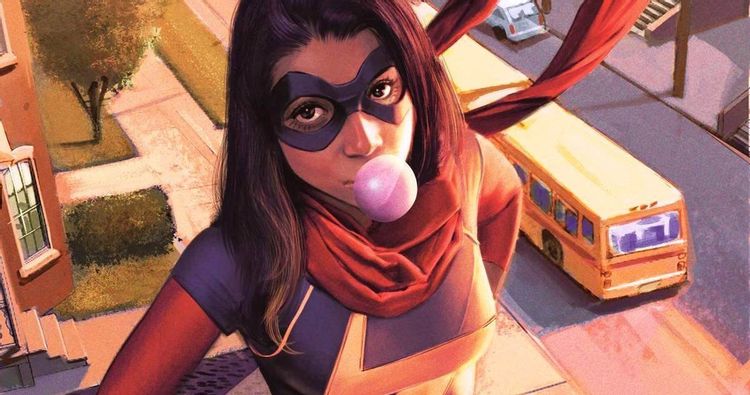 Disney’s first look at the Marvel Studio series Ms. Marvel arrived on Friday with a host of other Marvel-related announcements and footage releases. Linking into 2023’s The Marvels, Ms. Marvel will introduce Kamala Khan, played by Iman Vellani, a young Captain Marvel worshipper who gains her own superpowers and will ultimately team up with her idol and WandaVision‘s Monica Rambeau for the movie formerly known as Captain Marvel 2. On the back of the new reveals, one of the young character’s co-creators revealed that there is a lot of pressure on bringing Marvel heroes to life, and they just hope that the end result is enough for fans.

Posting on Twitter in response to Variety’s report on the first look at the series, Sana Amanat, a comic book editor who has worked on numerous Marvel publications including Spider-Man and Captain Marvel, said, “Been working hard with an incredible team to bring this show to life. The pressure and responsibility we all feel is intense. The love we have is immense. Praying we can make you all proud.”

Ms. Marvel may be the introduction to the new character, but it will certainly not be the last we have seen of her. The Marvels will team up the young hero with Captain Marvel and Monica Rambeau, in a story that provides a sequel to Captain Marvel, Avengers: Endgame and also has ties with WandaVision and the upcoming Secret Invasion series. It is also likely that Ms. Marvel could well turn up in other future projects from the Marvel canon.

Despite other reveals during Disney+ day on Friday, there is still no official word on when the series will premiere, but comments from a recent Disney Investor call seemed to put the arrival date somewhere between July and September next year, making it likely to be the second or most likely third TV release by Marvel in 2022.