Home » My mother wanted me to be successful like Sajal: Saboor Aly 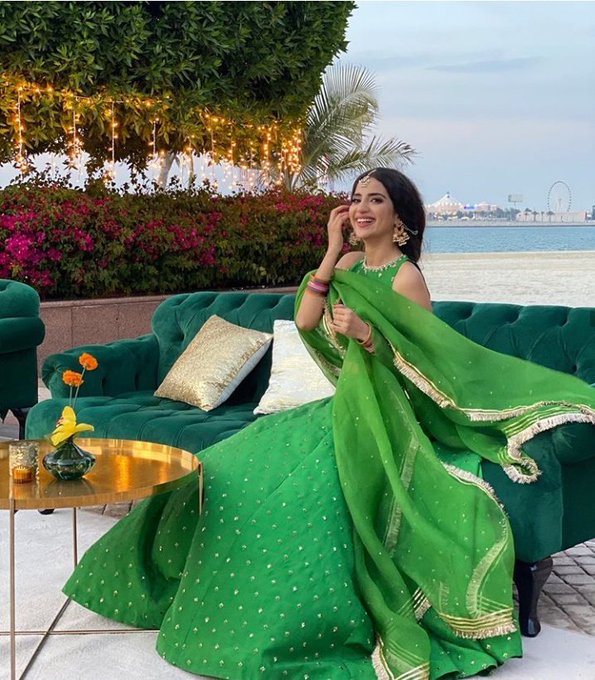 My mother wanted me to be successful like Sajal: Saboor Aly

The actor Saboor Aly spoke candidly about her work, engagement. And the manipulative talk show industry.

Actor Saboor Aly recently spoke to BBC News Urdu. Sharing details about her experience with social media as well as her much-talked-about engagement. With fellow actor Ali Ansari. Saboor, who is known for her roles in television serials such as Fitrat and movies like Actor in Law, spoke candidly about the constant comparison she faces with her sister Sajal Aly.

My mother wanted me to be successful like Sajal: Saboor Aly | The Express Tribune https://t.co/NXQN8u14Gg

Addressing the issue, Saboor Aly shared, “When people start comparing our work. It makes things weird. People turn it into a competition.” Explaining how the sisters keep work and family separate, the actor said that they do not discuss potential projects with each other. “No, we usually don’t talk about work. All the projects I do are based on my own decisions, and sometimes that means I miss the mark, but that’s okay.”

Speaking about her foray into the world of showbiz, Saboor Aly revealed that acting wasn’t her first choice. When asked if she’s always wanted to be an actor, she shared, “No, I think it was more because of the circumstances we were in. Sajal came into this field willingly; I came into it with reservations. I didn’t want to do it, and I don’t feel good saying because of my success. There’s a lot of hard work behind that success. I have come to this point because of my hard work.”

December and wedding season brings one question to mind. pic.twitter.com/jJBcsHyqVh

The Fitrat actor added further, “I wanted to be an aeronautical engineer. But that couldn’t happen. My mother supported me a lot. When she’d see how well my sister was doing. She’d say, ‘Bhoora, this isn’t done. Look at Sajal. I want you to be successful like her also.’ So, she supported me a lot in everything. And if she hadn’t I wouldn’t be where I am today.”

Saboor spoke openly about the events that led to her engagement with Ansari, sharing that it wasn’t planned so thoroughly and happened rather quickly. “It was a surprise for us also. When we were on the show, there was nothing there. Maryam (Ansari’s sister) has always been a very good friend of mine and Sajal’s. I even worked on a project with Ali where I would discuss things about my life with him and he would do the same with me. Maryam would always say, ‘I want to look for a nice girl for my brother’ and I would recommend girls to Ali. Maryam would ask me why I wouldn’t marry her brother. She’d say he is very caring and nice and that whatever girl ends up with him would be very lucky. This never really crossed my mind,” shared the actor.

Reflecting on how fast everything happened, Saboor explained, “When we got to talking, I told him I wasn’t someone who’d want to prolong the talking stage, and that if I am interested, I’d want something serious from the get-go. I thought it wouldn’t work out after I said that, but right after that things started moving very quickly, I didn’t even know what I’d wear on my baat pakki. We decided everything in a day. I was very scared at first, but now I consider myself very lucky.”

Saboor shared that while she enjoys playing both positive and negative characters, she is afraid of being typecast. On why negative characters tend to become more popular. The actor shared, “I don’t really understand this. We hear a lot of criticism. But people also watch dramas with those characters and actually enjoy them. I think our people relate more to the negative characters. They see parts of themselves that they don’t allow to come to the surface. We take those parts of them and portray them on screen.”

The actor shared her thoughts on how interviews usually comprise leading questions that later result in a fair bit of controversy. She explained that this controversy is the bread and butter of these talk shows. However, Saboor does not believe in letting these questions go so easily. “They think this is the only way to do things. If people ask you improper questions, you should respond to them in a similar manner.”

#SaboorAly shared some interesting facts about depression in her recent post and depicting the pain of depressed people through her painting 🎨🖌️ @Saboor__Aly pic.twitter.com/CFQsE335Bn

She explained how interviews can get increasingly manipulative, citing the example of questions relating to the actor’s mother, who passed away in 2017. “The kind of questions people ask you in interviews, they will purposely ask me questions about my mother and I know they’ll zoom in on my face as soon as they do. It’s like they’re cashing on our emotions. This is very sad but this is our reality,” she shared.

Saboor also spoke about social media, and how it has been a toxic presence in her life. “Social media is very toxic. Sometimes I feel like shutting it all down. There are times when I don’t feel like taking and sharing pictures, even though that has become part of my work. Social media has started to bother me a lot. Even if you try to do something nice, people try to bring negativity into it,” elaborated the actor.