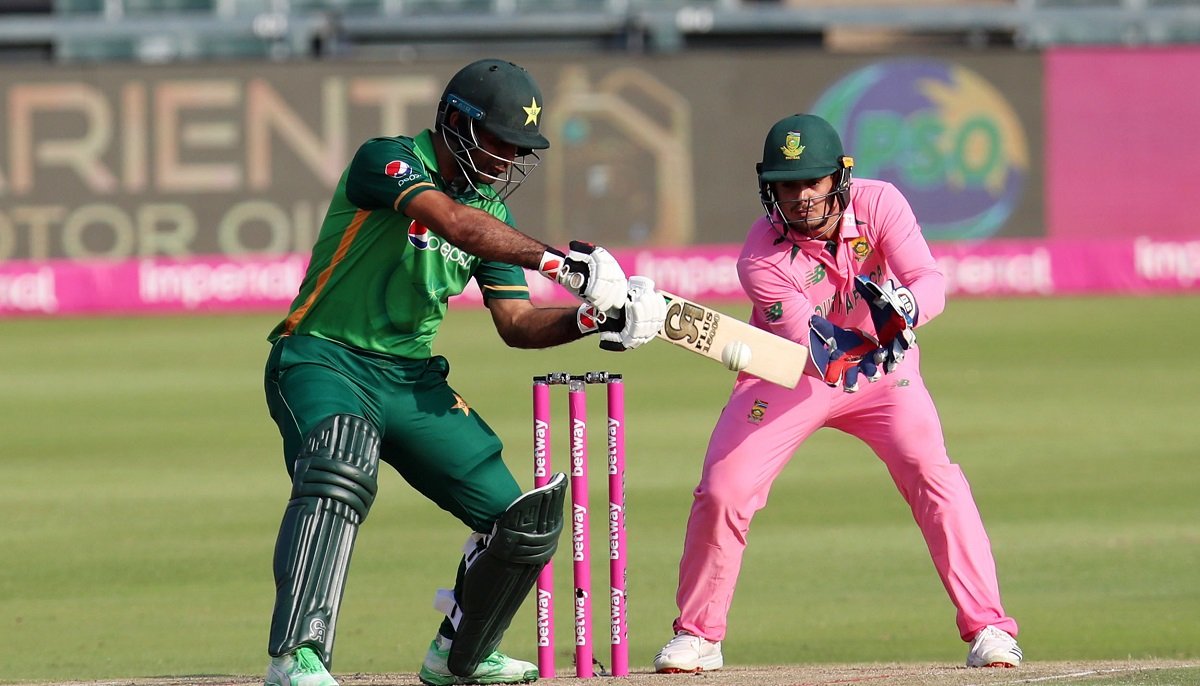 Navy Man Lieutenant Fakhar Zaman missed his Double Century and run out on 193 runs. This is the highest score in the ODI of Fakhar Zaman.

As usual Pakistan has went to the back foot after seeing the high total on board.

After won the Toss Pakistani Skipper Babar Azam has decided to field first and give an invitation to South Africa for Batting First.

South Africa has built a mountainer score 341 on the score board and made troubleness for Paksitan.

on the other hand, his one-down partner Temba Bavuma scored 92 in 102 balls and he contributes his knock for the team.

At the halfway mark, the hosts are 132-1 and on course for a 300 or so figure.https://t.co/9oHzlJZfM5 pic.twitter.com/jULWeraedg

Meanwhile, the whole team contribute their knocks in their style and pulled a score of 341/6. Even Rasse van der Dussen, David Miller completed his Fifty and set a big total for Pakistan.

On the bowling side of Pakistan was not quite impressive like before they all gave the hands for the South African team to come and hit us.

Shaheen Shah Afridi and Muhammad Hasnain shared the new ball and try to keep the match in his control but South African Openers did not want the way he was thinking.

Shaheen Shah Afridi bowled 10 overs at the cost of 75 runs with 1 wicket in his hand. Same like as the other bowlers were not delivered very impressive performance including Muhammad Hasnain, Faheem Ashraf, Shadab Khan.

Except Haris Rauf is the man who deliver well and took 3 wickets and get 54 runs in 10 overs.

Fakhar Zaman and Imam-ul-Haq opened the inning and try to go with a simple strategy and make run chase simple, But Imam failed to go with that and he out early in just 5 runs. Babar Azam joined very early Fakhar Zaman and want to go with the flow. Pakistani skipper contribute his 31 runs and got out by Nortje.

Fully convinced that this is against 41.5.1. Wonder what @ICC’s reaction would have been had this happened in a match involving big three teams.

After that Rizwan and other players came and did not play well as the way the team needed. But the Navy man Lieutenant Fakhar Zaman stands on the crease to the last over and he scored 193, This is the highest score ever of Fakhar’s.

Fakhar Zaman’s 193 was the highest ever by any batsman in ODI run chases, surpassing Australia’s Shane Watson, who had scored 185 vs Bangladesh in 2011.https://t.co/bMKMDjtW4i pic.twitter.com/OTHGBmPcvZ