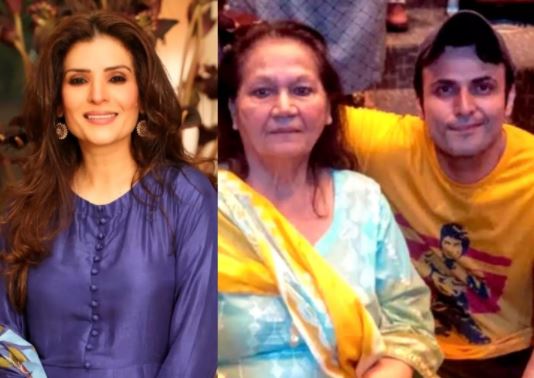 Actor Usman Mukhtar who is currently starring in a chart-topping Pakistani serial. Known as ‘Hum Kahan Ke Sachay Thay’ has put forward his beliefs regulating around the importance of mothers. And prioritizing their comfort over anything else.

Usman’s statement which highlighted his desire to choose his mother over his career plans has gained significant recognition over the internet. And another renowned actress Resham decided to praise the actor over his impressive beliefs

Resham believes that there in no one in this world. Who should be give more priority than one’s mother. And the person who is loved by his/her mother, is loved by God.

In an interview making rounds on social media, actor Usman stated that he wouldn’t mind opting. For other career options however he will certainly not choose his career over his mother. If that decision will disturb his mother’s comfort in any way.

Usman said: “My mother is the most important person in my life. And she should be comfortable in whatever situation she is in.”

Lately, Usman Mukhtar took to his Instagram handle to post a captivating click. Which features the actor sitting on a white curtain-like sheet while he dons grey suit. White shirt and black tie.