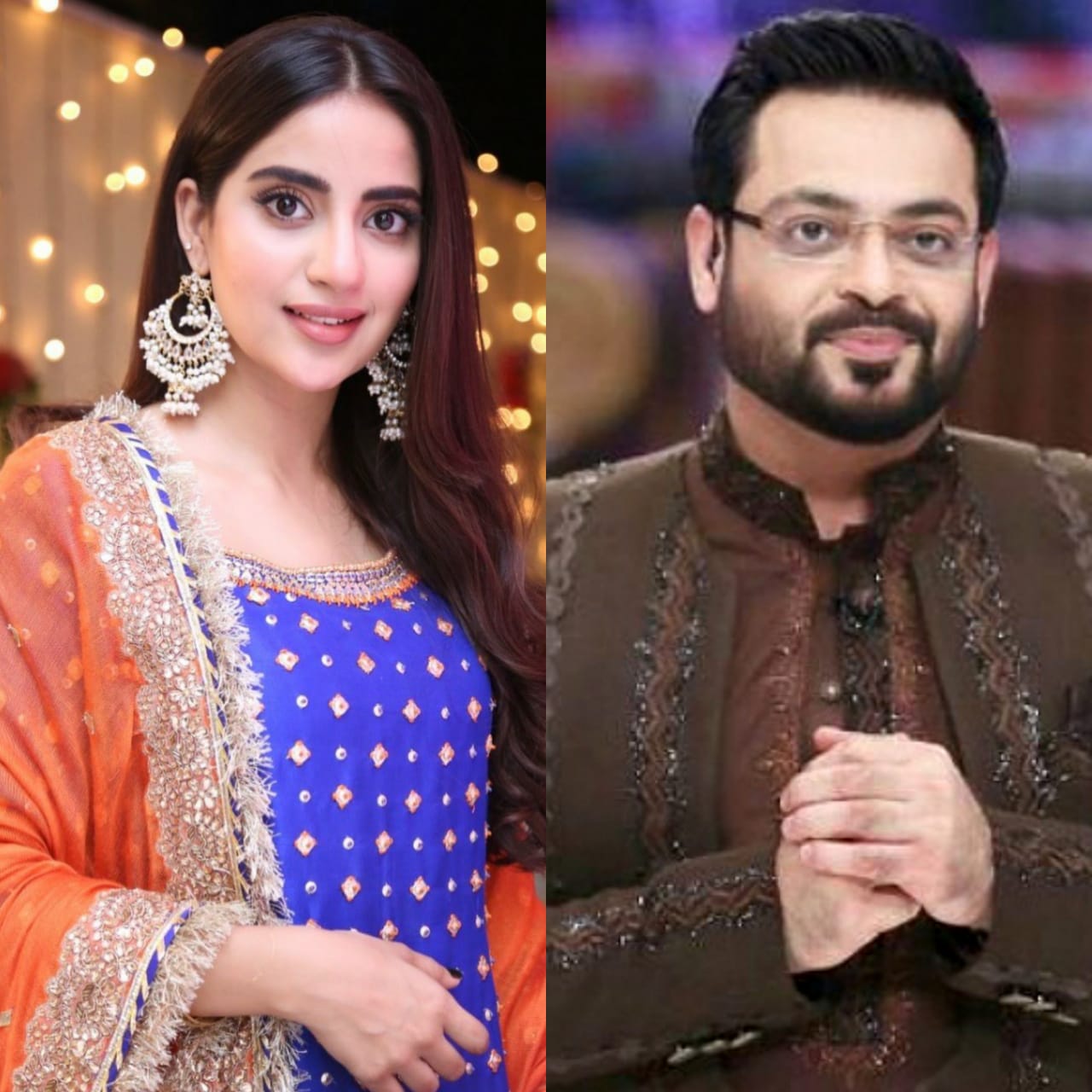 Lately, Amir Liaquat has been in the mainstream media a lot. Be it for his questionable behavior or other rumors. So it was no surprise when yet another celebrity was getting taunted and annoyed by his questions. But this time someone actually clapped back at his remarks. Saboor Aly Slams Amir Liaquat on His Ramadan Show.

On Thursday, we got to witness the great showdown between Saboor Aly and the famous TV Host Aamir Liaquat. The show Jeeway Pakistan featured Saboor Aly as a guest who was being taunted throughout the show by the Scholar. But the Fitrat star Saboor Aly refused to let his childish behavior faze her as she dealt with all his remarks with grace.

Every time Aamir Liaqauat threw a snarky remark at her, she handled it with a strong comeback of her own. Throughout the course of the show, Liaquat kept twisting Saboor’s words like how Saboor hated him as he twisted her words “Nakhra” to “Nafrat”. To which the star replied that in order to hate someone you need to have a relationship with them, which they didn’t.

At one point in the show, Suboor Aly bluntly told Liaquat to lower his gaze whilst addressing her and that there should be humility in his gaze while talking to her.

Despite the star’s obvious Irritation, Liaquat kept trying to rile her up with his childish remarks. But the Teri Meri Kahani star kept her calm and dealt with him in a graceful manner. While She let her expressions show how uncomfortable she was.

At one point, she advised him to ask for Tauba (forgiveness) – “in fact you should ‘recite’ Tuba Tuba”, referring to his second wife.

Support from other celebrities.

Model turned actress, Saheefa Jabbar Khattak further mentioned Saboor Aly in her Instagram story and wrote “Loved It. Loved It. Loved It. It was fun to see the spontaneous side of you”, referring to the interview. To which the star replied with “Zaroori Tha. Thank you, Jaan.”

It’s refreshing to see someone finally putting Aamir Liaquat in his place.