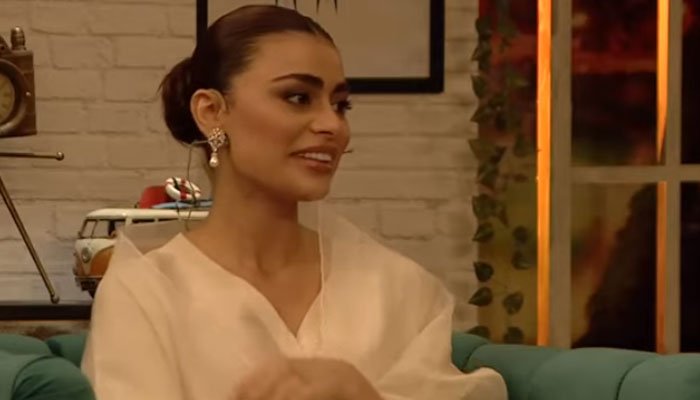 Speaking on Time Out With Ahsan Khan, the 28-year-old revealed that things with her and Nooreh are very respectful and friendly.

“Nooreh and I are like friends,” began Sadaf. “She calls me Sadaf and I call her Nooreh, sometimes Nooru.  She is such an adorable and loving girl”.

Sadaf went on to compare the seven-year-old with her father. “Nooreh is her father’s mini-me in the way she loves.”

Shahroze then added, “Lately, Nooreh is going out of Karachi for 15 days and Sadaf asked her for a hug before leaving. She came and hugged Sadaf for five minutes and asked, ‘are you happy now?'”

He continued, “So this is the thing about Nooreh that she loves a lot.”

Shahroze also revealed how Sadaf shares all her makeup with Nooreh since the seven-year-old loves to wear it.

The couple later credited Syra for always being by Nooreh’s side and bringing her up so well.