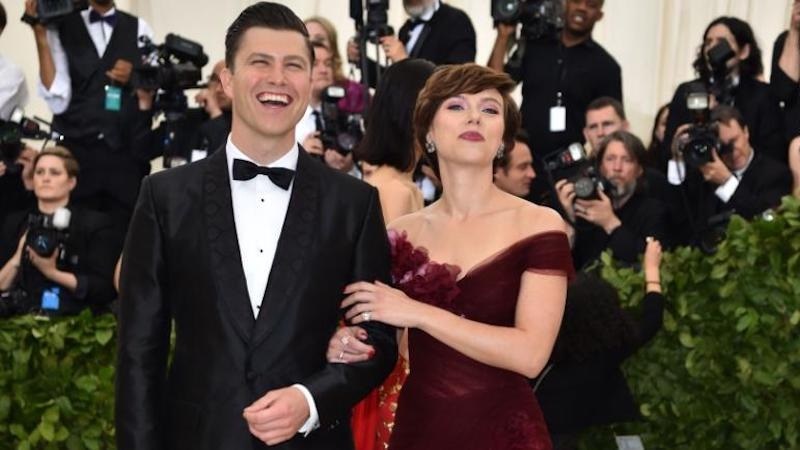 Scarlett’s baby: Actress Scarlett Johansson gave birth to a baby boy, Cosmo. Husband Colin Jost welcomed the news on his Instagram on 19th of August 2021. Congratulations are in order to both of them on this heartwarming news.

Scarlett, 36, is now a mother to two children. She has a six year old daughter, Rose, from a previous marriage and a baby boy with Jost. The news of the baby’s birth came as a surprise as no one was expecting it so soon. This is because the news of her pregnancy had been revealed only a few days earlier by Jost in one of his stand-up shows in Connecticut.

The couple got married in October 2020. This is the first child for Jost, who is known for hosting ‘Weekend Update’ on Saturday Night Live.

Jost, 39, urged people on his Instagram to respect his privacy meanwhile as the couple celebrate the arrival of Cosmo.

Scarlett’s new baby’s addition is yet another success in her life. She was the highest paid actress in 2018 and 2019. Further, she has been listed on the Forbes Celebrity 100 many times. She has also received various awards and nominations for her amazing performances in the movies. She is very well famous for being the Marvel heroine, Black Widow, for which she has received critical acclaim and worldwide recognition. Furthermore, she is a prominent public figure who supports many charities. She is viewed as incredibly gorgeous by the media, hence she has been referred to as a ‘sex symbol’ too.

Thus, as the couple celebrate becoming a family, fans are overjoyed too, to see Scarlett make news again in the media with such an amazing addition of Cosmo.