Home » An international film directed by Jamaima Goldsmith was signed by Sajal Aly. The premiere is highly anticipated by everyone 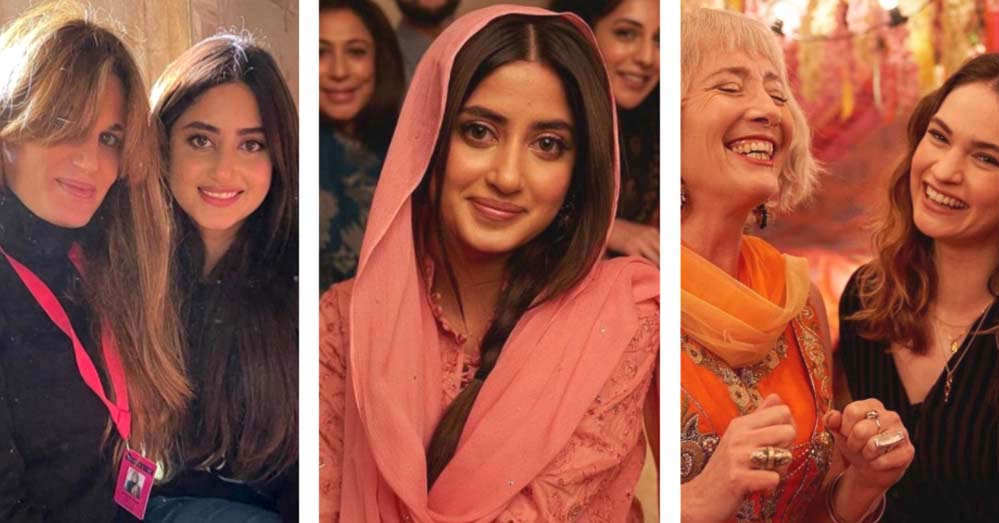 An international film directed by Jamaima Goldsmith was signed by Sajal Aly. The premiere is highly anticipated by everyone

Sajal Aly is frequently in the news on social media because of her photo shoots and the squabbles surrounding her marriage. In addition to dressing up, she also tries on various outfits that perfectly suit her personality. She always looks adorable. She is a well-paid diva in our entertainment sector, and thanks to her recent endeavours, her value is increasing daily.

Here is another to add to the list following the successful release of several foreign films starring Pakistani actors and actresses. A bright woman with the guts to be praised, Jamaima Goldsmith is the ex-wife of Imran Khan and the producer of the international film Sajal Aly has signed.

The blockbuster movie’s name is based on humour and action. Numerous rock stars who are well-known for their roles in numerous major motion pictures are present in this film. This massive global project will include talented actors like Shahzad, Lilly James, Shabana Azmi, and Emma Thompson. The Toronto International Film Festival will host the premiere of its first trailer. Shekhar Kapur, an Indian filmmaker who has already achieved a career milestone by creating exciting projects, is the director of this film.

All Pakistanis have been waiting for the first look, which has finally arrived. The production company shared the first look of all the actors who will be appearing in this film, and our diva Sajal Aly is looking mesmerising in a gorgeous outfit and a dupatta, increasing her grace to an unrivalled level. Sajal has the support of all the A-listers who wish her well in her new endeavour.

What do you believe the project’s chances of success are? Please express your thoughts in the space provided below for comments. Thanks!